This very modern riff on the fifteenth-century morality play, Everyman, follows Everybody as they journey through life's greatest mystery—the meaning of living.

Join us on a journey through musical theatre from 1900-2000. Audiences will experience a sampling of how the sounds of the stage evolved over the century.

WE ARE THE WOLVES! WE ARE THE WOLVES! WE ARE THE WOLVES! Sarah DeLappe's 2017 dramedy The Wolves is a love letter to coming-of-age war films. DeLappe flipped the script though, and translated the battle field into a soccer field and an all-male platoon into a team of teenage girls. As the name suggests, the gender change has no bearing on ferocity for this pack; this kaleidoscope of young women tackle politics and periods, racism and relationships, eating disorders and equality, and a thirst for victory with equal measure in this timely show.

Contains adult language not appropriate for all audiences 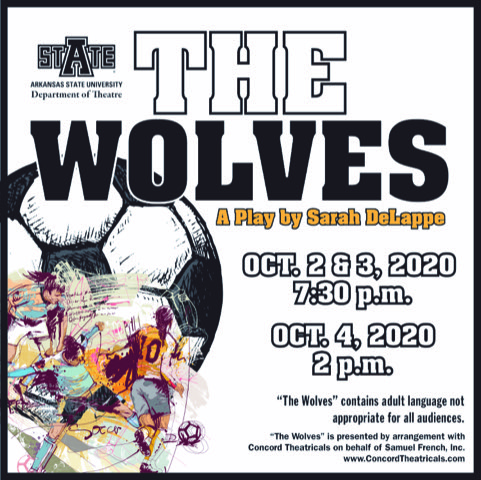 Qui Nguyen’s dramatic comedy She Kills Monsters: Virtual Realms follows an average high school cheerleader, Agnes as she copes with the tragic death of her younger sister Tilly. After discovering Tilly’s Dungeons & Dragons notebook, Agnes trades in her pom poms for swords and shields. As she embarks on an epic healing adventure in Tilly’s world, Agnes finds a connection with her sister that she never had before.

Contains adult language not appropriate for all audiences