Writers McCutchan and Plumpp to Read at Delta Symposium XXII

JONESBORO – Ann McCutchan and Sterling Plumpp will read from their works on Friday, April 15, at 7 p.m. at A-State’s Delta Symposium.  At the conclusion of the reading, to be held in the Carl R. Reng Student Union auditorium, McCutchan and Plumpp will answer questions and sign books.  The reading is free and open to the public and presented by the Department of English, Philosophy and World Languages.

She is the author of four books, "Marcel Moyse: Voice of the Flute, " "The Muse That Sings: Composers Speak about the Creative Process," "River Music: An Atchafalaya Story," and "Circular Breathing: Meditations from a Musical Life."  Her other work includes numerous articles, personal essays and musical compositions, including an opera libretto, "Swan’s Inlet."  Her fifth book, "Where’s the Moon? A Memoir of the Space Coast and the Florida Dream" will be published in September.

McCutchan is currently working on a study of the life of Florida writer Marjorie Kinnan Rawlings for W.W. Norton and is collaborating on another opera with composer Andrew Rudin.  She is the recipient of a Distinguished Achievement Award from the Educational Press Association of America as well as numerous other accolades.

Plumpp, a native of Clinton, Miss., holds bachelor’s and master’s degrees from Roosevelt University in Chicago, is a professor emeritus at the University of Illinois at Chicago, and has been a visiting professor in the MFA program at Chicago State University.

The author of 14 books, including "Black Rituals," "Velvet BeBop Kente Cloth," "Ornate with Smoke," "Blues Narratives" and "The Mojo Hands Call, I Must Go," Plumpp is the recipient of numerous awards, including the Carl Sandburg Literary Award for Poetry, several Illinois Arts Council Awards, and the Richard Wright Literary Excellence Award.

The journal Valley Voices honored Plumpp by dedicating an entire issue to him in 2009, and he received the American Book Award for "Home/Bass: Poems" in 2014.  The Sterling D. Plumpp Collection, a group of works by Afro-American and African writers, is housed at the University of Mississippi.

Prior to the readings by McCutchan and Plumpp, Dr. Chris Lawrence’s string quartet will premiere and A‑State students will read from this year’s issue of the A-State literary magazine, Tributary.  A song circle that is open to musicians and listeners will follow the event.

McCutchan and Plumpp’s presentations are a highlight of this year’s Delta Symposium, April 13-16.  Most activities will be held at the Reng Center Student Union. 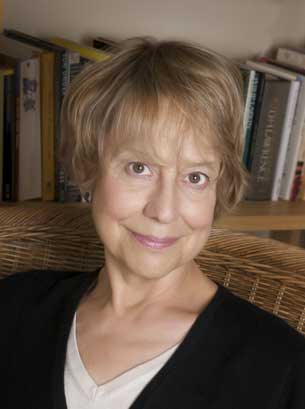 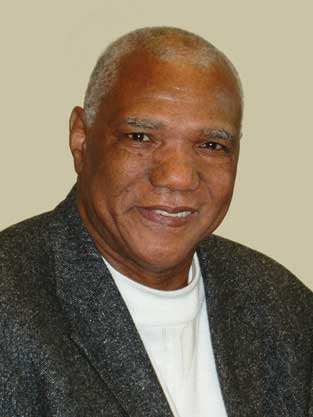