The evening will begin with an on-stage interview with Mason, who will discuss the 1989 movie production of her novel "In Country," starring Bruce Willis and Emily Lloyd and directed by Norman Jewison.  The film will be screened the prior evening, Thursday, April 6, in the Student Union auditorium from 7 to 9 p.m.

After the interview, Mason will give a reading from her work, answer questions and sign books.  Presented by A-State’s Department of English, Philosophy and World Languages, the film screening, interview and reading are free and open to the public.  A reception and hors d’oeuvres at the Heritage Plaza will follow the Friday evening events.

Mason received bachelor and master’s degrees in English from the University of Kentucky and the State University of New York at Binghamton, respectively, and a doctorate in English from the University of Connecticut.  The author of 14 books, including "In Country," "Clear Springs: A Family Story," "Nancy Culpepper: Stories," "An Atomic Romance: a Novel," "Elvis Presley: A Life," and "The Girl in the Blue Beret: A Novel," Mason received the PEN/Hemingway Award for first fiction for "Shiloh and Other Stories," which also was nominated for an American Book Award, the PEN/Faulkner Award, and the National Book Critics Circle Award.

Her stories have appeared in numerous forums, including The New Yorker, The Paris Review, The Atlantic Monthly, Ploughshares, Southern Review, The Oxford Book of American Short Stories, The Pushcart Prize XXI: Best of the Small Presses, and the anthology "Missing Mountains: We Went to the Mountaintop But It Wasn’t There," which she co-edited.  The title story, “Shiloh,” which is frequently anthologized, and the novel, "In Country," are taught widely in high schools, colleges and universities.

Mason, who was a Pulitzer Prize finalist for her memoir, "Clear Springs," is the recipient of numerous other accolades, including the Kentucky Book Award, the Southern Book Critics Circle Award, an Arts and Letters Award for Literature from the American Academy of Arts and Letters, a Guggenheim Fellowship, and a National Endowment for the Arts Grant.

She has also held the position of writer-in-residence at the University of Kentucky.  In January 2016, Mason received the honor of becoming the second living author to be inducted into the Kentucky Writers Hall of Fame.

Mason’s presentation is a highlight of this year’s Delta Symposium, April 5-8.  Most activities will be held at the Reng Student Union on the A-State campus. 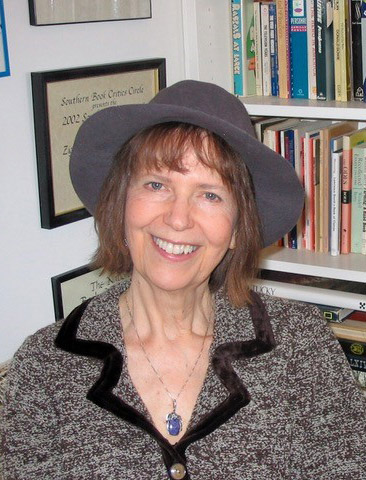