This concert will be given in honor of the millions of individuals who have served and continue to serve in our nation’s armed forces.  Admission is free.

The Wind Ensemble is directed by Dr. Tim Oliver, director of bands.  A-State’s Reserve Officer Training Corps cadets will present the colors and participate in the program, and Trey Stafford will be narrator.

“This concert represents a confluence of several elements: remembering the 70th anniversary of the end of World War II, the desire to perform a WWII themed program with both educational and musical value, an opportunity to have an interdisciplinary event with students of the Honors College and the cadets of ROTC, as well as the on-going efforts of A-State to recognize and celebrate the service of all of our veterans and active service members of our great nation, including those of The Greatest Generation,” Oliver explained.

The concert program is available on the College of Fine Arts website.  For more details about this or other A-State Department of Music events, one may call the department office, (870) 972-2094. 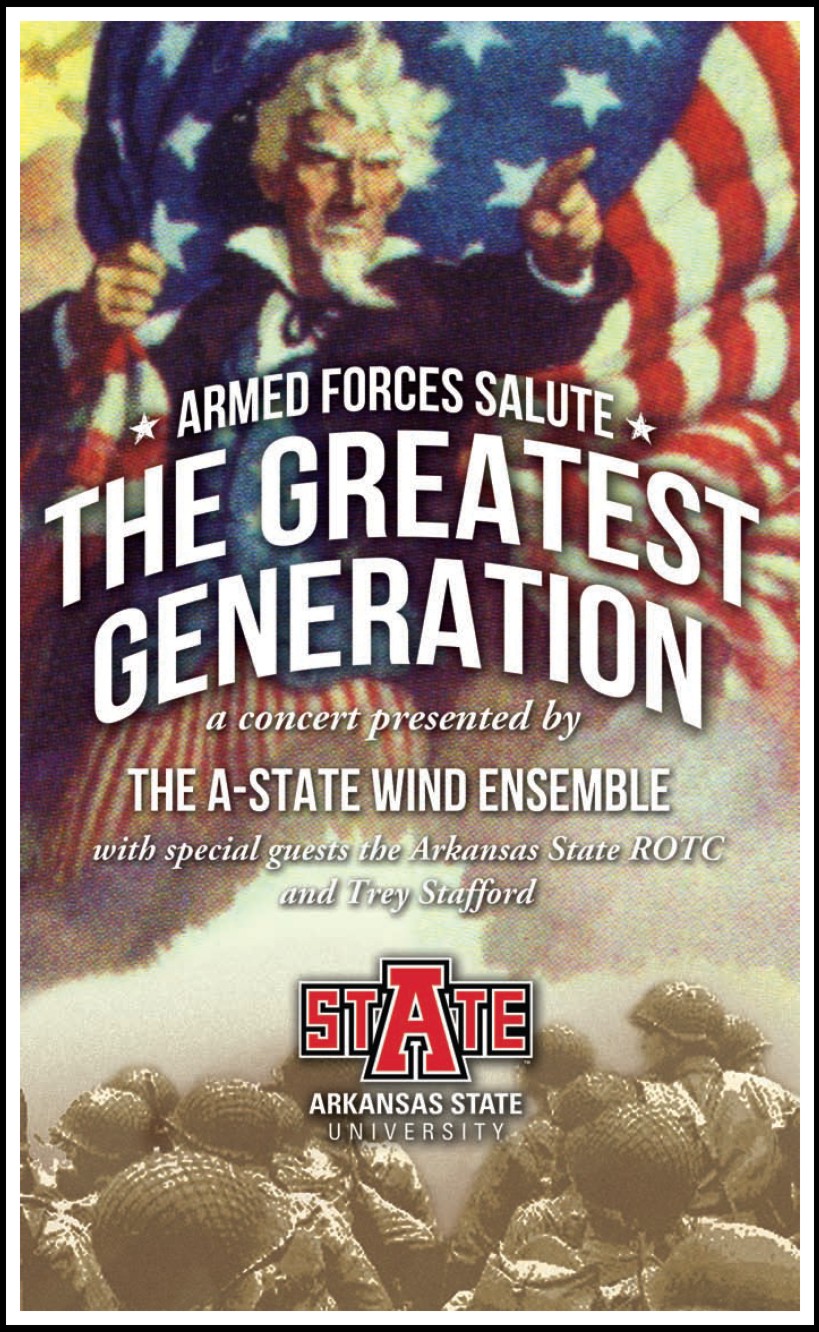