JONESBORO – The Department of Music will present the Wind Ensemble in its spring concert titled “Color” on Thursday, April 28, at 7:30 p.m. in Fowler Center’s Riceland Hall.

The program will begin with a piece by Frank Ticheli called “Blue Shades.” This is a work heavily influenced by the blues music and pays tribute to some of the elements of the Big Band era.

The second piece is a world premiere of a new composition commissioned by the A-State Wind Ensemble from the pen of Dr. Daniel Tacke, assistant professor of music theory and composition. This work, “musica deleticia,” deals almost exclusively with variations of individual and ensemble tone colors.

The classic John Philip Sousa march “The Black Horse Troop” provides a perfect segue to another piece commissioned by the A-State Wind Ensemble. James David’s new work titled “All Dark Is Now No More” uses contemporary musical ideas fused with 10 electronic sound cues that are woven expertly into the texture of the piece.

The concert will conclude with the relentless and driving piece by Charles Rochester Young called “Tempered Steel.”

Dr. Timothy Oliver, director of bands, states, “The title of this concert is ‘Color’ for two reasons. First, each of the pieces on the program directly deals with color – either in the title itself or within the music. Second, the spring season always brings a variety of colors to our landscapes and with this being the final concert of the semester this title seemed appropriate.”

Tickets are $5 for the general public, and students are admitted free with their ID. Tickets can be purchased at the Box Office or at the Fowler Center box office on the evening of the performance. 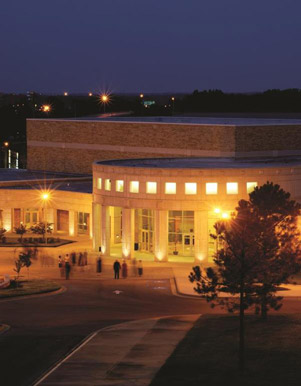