JONESBORO – The Department of Music at Arkansas State University will present the Wind Ensemble in its first concert of the fall semester on Thursday, Oct. 1, at 7:30 p.m. in Fowler Center’s Riceland Hall, 201 Olympic Dr.  This concert will be $5 for the general public and is free to A-State students.

The program will include performances of “La Procession du Rocio” by Joaquin Turina, “Music for Prague 1968” by Karel Husa, “March, Op. 99” by Sergey Prokofiev, and “Winding Up/Winding Down” by Michael Gandolfi.

“Winding Up/Winding Down” was commissioned by the A-State Wind Ensemble and will feature faculty member Ken Hatch, assistant professor of music.

For more details about this or other music presentations, one may call the Department of Music at (870) 972-2094. 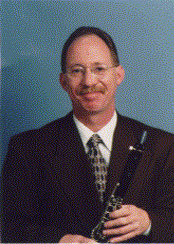