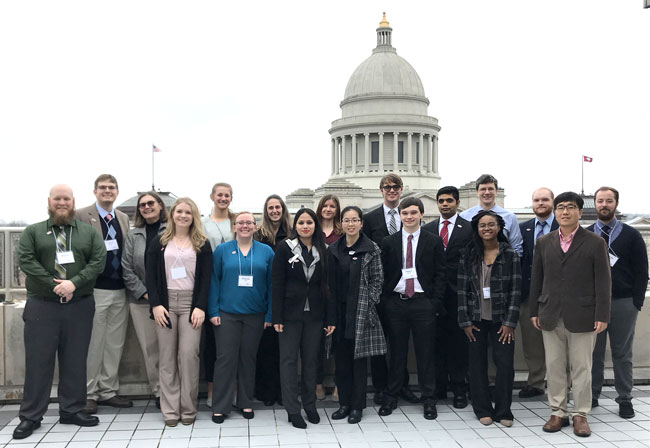 More than 110 students from 15 institutions throughout the state participated, according to Emily Devereux, executive director of research development and coordinator of A-State's participation.  The purpose is to promote understanding and participation in the STEM disciplines (science, technology, engineering and mathematics).

Posters were set up in the rotunda of the Arkansas State Capitol.  Legislators, constitutional officers and other state officials were invited, along with several high schools and the public.  Visitors had opportunities to interact with the student researchers.

A-State students who presented posters, along with their hometowns, academic departments and poster titles, were: 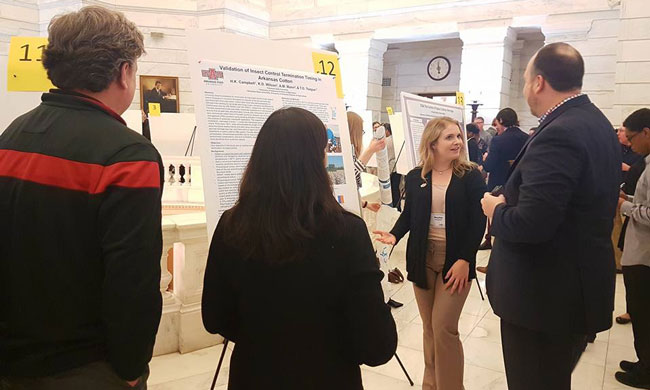 Haylee Campbell of Bryant (center) discusses her research poster at the Capitol.