JONESBORO – Arkansas native Harry Thomason, a director, producer and author perhaps best known for television work with his wife, Linda Bloodworth-Thomason, will give a talk about his new book Thursday, Nov. 7, at Arkansas State University.

Thomason also will sign books after his talk, which starts at 4:30 p.m. in room 1041 of the Humanities and Social Sciences Building.  The event is presented with support from KASU radio, the College of Liberal Arts and Communication, and the Heritage Studies Ph.D. Program.

Earlier in the day, he will speak to students in the media aesthetics class.

Born in Hampton (Calhoun County), the son of a grocer and a Sunday School teacher listened closely to the stories told around the dining table and later became known as the family storyteller, very popular at reunions.  He attended Southern Arkansas University, then coached and taught art at Little Rock's McClellan High.

Following an early interest in film, Thomason starting producing television commercials in Arkansas before relocating to California, where he found success as a storyteller.  He was the award-winning director of the mini-series "The Blue and The Gray" and co-producer of the successful TV series "Designing Women" and "Evening Shade."

Thomason’s childhood escapades included being the target of a bully with a .22 rifle, piloting a homemade airplane off a barn roof, watching a master snake-oil salesman charm the town, and making the town drunk’s day.

He relays his stories with humor and heartfelt emotion, drawing reactions like one from actor Hal Holbrook, who wrote to Thomason, "These are some of the sweetest memories I have ever read, your life as a boy in Arkansas. . . . Reading your stories, I don’t know why these memories are so powerful and bring back such happy times, except they do."

Early in his career making movies and situation comedies for TV, he was soon joined by his wife, and they became legendary as a Hollywood power couple.  Now 79, Thomason is enjoying the attention for his first book, which Parkhurst launched earlier this month.

After his book talk at A-State, he will be featured at "An Evening with Harry Thomason," starting at 6:30 p.m. at The Recovery Room, 223 South Main St. in Jonesboro.. 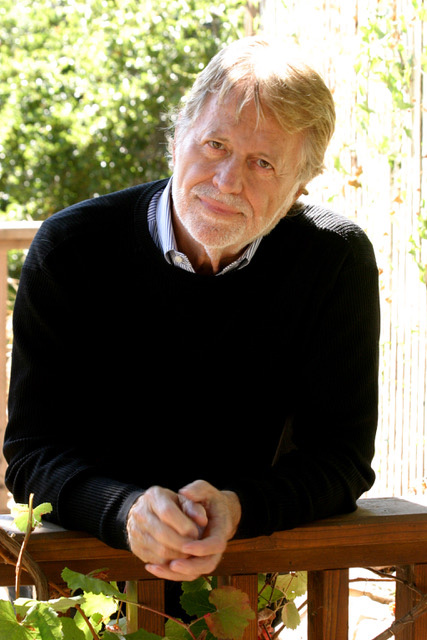