JONESBORO, Ark.— Tom Anderson, a healthcare finance and reporting specialist with Valence Health in Chicago, will be at Arkansas State Wednesday and Thursday, March 27-28, as part of the ASU Radio-TV Professional-in-Residence series.

Anderson graduated from ASU in 1982 with a bachelor of science degree and major in Radio-Television.  During his time as an undergraduate on the ASU campus he was encouraged to lead and try his hand at everything that snagged his interest.

As graduation approached, Tom received several awards and recognitions.  The two he still holds most dear are the receipt of both the faculty and peer awards for the Department of Radio-Television.

Following graduation from ASU, Anderson was commissioned service in the United States Navy.   Over the next dozen years Tom served eight years of sea duty on three ships, worked as the Aide and Flag Lieutenant for the Commander Naval Surface Reserve Force and saw combat action from the decks of USS Inflict (MSO-456) while deployed to the Persian Gulf.  He left the Navy in 1993 as a Lieutenant Commander.

In 1992, Anderson married Nancy Joanna Lewis and they settled in the Philadelphia area and he began working in healthcare insurance doing operation, internal audit and finance work for Aetna.  In 2004, he was recruited to join Valence Health where he remains employed with a focus on healthcare finance and reporting.

From 2005 to the present, Anderson has been a long distance telecommuter from points all over the United States to support his wife in her work in nursing education in classroom and humanitarian settings.

The Andersons are the parents of three children.  Their oldest daughter Renee is married and lives near Oslo, Norway.   She and her husband Erlend are the parents of Marcus who was born in August 2012.  Son Aaron works in the music industry in Seattle, Wash., where he dotes on his five-year-old daughter Aariana.  The youngest daughter, Victoria is in the Navy and is serving as an aircrew member on a strategic communications platform based out of Tinker Air Force Base in Oklahoma.

A believer in lifetime learning, Tom has numerous educational accomplishments following his days at ASU.  Currently, he is taking a course of study in Spanish language through the University of New Mexico.

Though he worked briefly as a professional in broadcasting, he never ceased to capture and share the essence of life stories through photography and writing.  When first approached about returning to ASU as a “Professional In Residence,” Anderson felt trepidation in saying “yes”.  As he pondered his doubts, he thought about the example of professors from his college days that collectively demanded, “do your best at whatever you are asked to accomplish.” 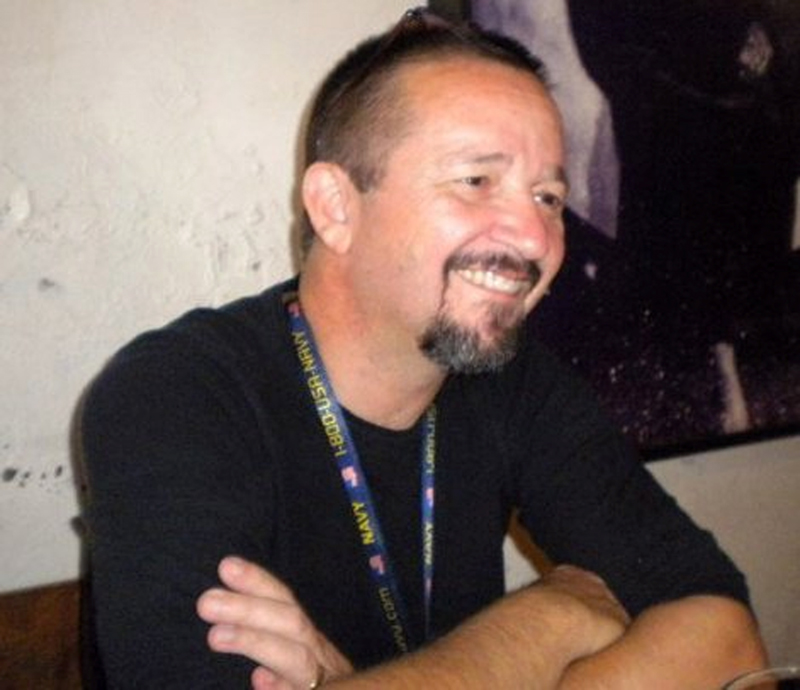