JONESBORO – A series of exhibitions by three artists opens with a reception Thursday, Oct. 20, at Bradbury Art Museum on the campus of Arkansas State University.

The opening reception begins at 5 p.m., with Quisgard and Slemmons presenting artist talks at 5:30 p.m.  Knudsen's work will be up through Nov. 16; the other two run through Dec. 9.

The exhibition "Vicinity" features art by Knudsen, who was born in Brooklyn, N.Y., and as a child lived in Michigan and Chicago, moving often as his father changed jobs.  His career was clearly influenced by both rural and urban settings, but it was the city that he responded to most notably.  His compact, crowded images inform the viewer of the visual stimulation he encountered and embraced in bustling Midwestern urban locations.

In his work special attention was paid to the barrage of metropolitan signage, spewing smokestacks, numerous forms of transportation, and the continuous grid work of windows, bricks, roofing tiles and buildings.  His often colorful, densely drafted cityscapes appear much like a tapestry, woven together from these urban elements.

The prints included in "Vicinity" were selected from a sizable collection generously donated to the Bradbury Art Museum by Sharon and Evan Lindquist.

The work of Liz Whitney Quisgard is featured in the exhibition "Embellish." This artist has enjoyed a long and productive career creating elaborate, visually splendid works of art.  Like Knudsen, her detailed patterning is reminiscent of and influenced by decorative rugs and textiles.

Included in the exhibition are examples of her paintings, fiber works and sculpture, all of which are highly decorated and formally based. Her intricate paintings consist of thousands of individual brightly colored dots. When stepping back from these pointillistic works, an overall design pops and becomes a clear pattern, rather than just a series of small round marks.

Her vivid, geometric and organic creations are made for her audiences' viewing pleasure.  She states her work is devoid of concept and that her pieces are "exactly that -- visual."  She continues, "My goal is to surprise and engage the mind by seducing the eye."

In "Tools for Thought: Jewelry" visitors find Slemmons' stunning, miniature sculptures that in reality are wearable works of art. Her impeccably crafted objects are created from a diametrically opposed viewpoint from that of Quisgard. Concept is of great importance to Slemmons and she states, "My materials, often referred to as 'found,' are above all ideas -- ideas proposed, examined, and considered through evolving bodies of work rather than individual pieces intended as ends in themselves."

Objects by Slemmons are created in a series and in this exhibition, examples from several are on display. Although best known for her metal work, since 2000 she has also been recognized for working in Oaxaca with Mexican artists, designing and fashioning jewelry out of handmade and dyed paper.

The Bradbury Art Museum provides meaningful exposure to the visual arts in an attempt to enhance the curiosity and creativity of the viewing audience.  For private tours or other types of art related programming, especially for those in their formative years, contact the museum at (870) 972-2567.

BAM hours are noon to 5 p.m. Tuesday through Saturday, 2 to 5 p.m. on Sunday, and by appointment.  The museum is located in Fowler Center, 201 Olympic Dr.  The exhibition and the reception are admission-free and open to the public.  For additional information, one may visit the website, BradburyArtMuseum.org. 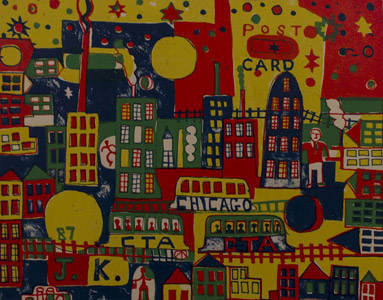 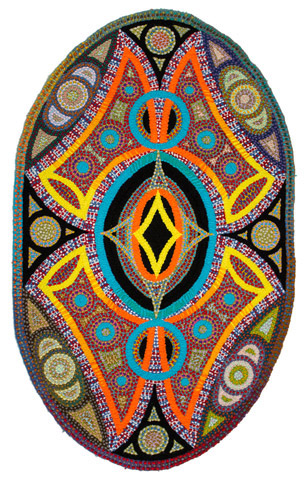