JONESBORO – A reception for arts patrons will mark the opening of three new exhibitions at Bradbury Art Museum in Fowler Center, 201 Olympic Dr., Thursday, Aug. 27, from 5 to 6:30 p.m.  The exhibitions continue through Sunday, Sept. 27.

“It Figures: Selections from the Permanent Collection” is one of the new exhibitions.

Human representation has been a theme since art’s inception.  Seventeen artworks which are examples of this age-old subject will be featured in “It Figures.” Each piece was chosen from the A-State Permanent Collection of Art.

The exhibition includes a wide variety of styles ranging from a self-portrait by Sir Anthony Van Dyck, engraved in the early 1600s, to a contemporary interpretation of the figure by Teresa Cole, produced in 2004.  On view are works by numerous well-known artists such as “Saint Lucie,” a color lithograph and “Mother and Child” from the “Visions of Quevedo” series, both by Salvador Dali.

Other works in the show include Marc Chagall’s joyous print titled “Jongleuse,” a humorous lithograph by Honore Daumier, and a portrait of a young woman by Paul Cezanne.

Carroll Cloar’s simple line drawing, titled “Bruin Sketches,” Pierre-Auguste Renoir’s “Woman Bathing,” and a watercolor by David Levine are among the other works in the exhibition.

With a new exhibition space configuration, multiple shows can run at the same time.  Also open to the public Thursday will be “(Selah)” by Stephanie Beisel and “Accalia and the Swamp Monster,” an illustrated myth by Kelli Scott Kelley.

Hours for the exhibitions are noon to 5 p.m. Tuesday through Saturday, 2 to 5 p.m. on Sunday, and by appointment.  The museum is closed on Mondays.  The exhibition and the reception are admission-free and open to the public.  For more details, call 870-972-3471 or email dnspe@astate.edu. 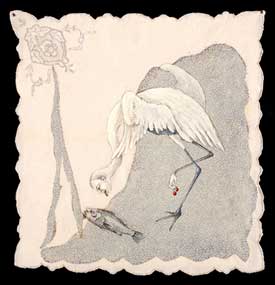 Kelli Scott Kelley
The Heron and the Fish, 2010
acrylic and stitching on re-purposed fabrics
16 x 15.5 inches 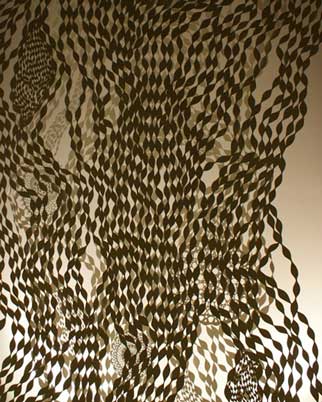 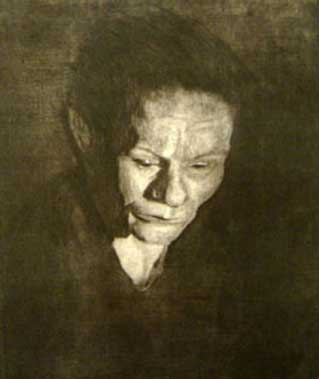