A key driver in the more than 13,000 enrolled was a record 92 percent of first-time full-time new students returning from fall 2015 to spring 2016.

“We have reallocated resources from administration to student success and are starting to see the positive results,” Chancellor Tim Hudson said.  “For example, we have invested in software that provides an early warning system for freshmen who may be having difficulty with certain classes allowing us to provide timely support.”

“The work our enrollment management team has done over the past two years has made a difference,” Vice-Chancellor for Student Affairs Dr. Rick Stripling said.  “The spring growth and persistence rates are the result of coordinated efforts to work on every aspect of our enrollment.”

While the Arkansas Department of Higher Education tracks retention from fall semester to fall semester, each time A-State posted an uptick in its own fall to spring persistence it has resulted in growth in returning students.

“This looks like a trend that could bring us to another year-to-year retention record,” Stripling said.  “All these factors have led us to our second highest spring semester enrollment in school history.” 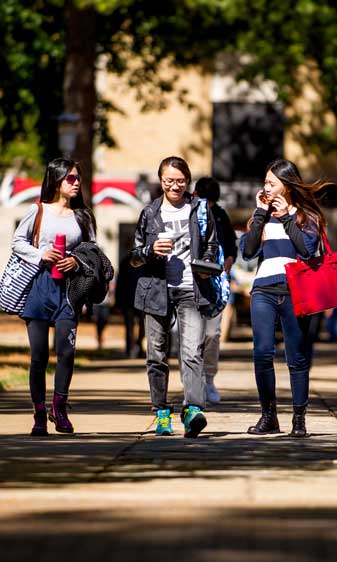 Students walk between
classes at A-State