JONESBORO – The Southern Tenant Farmers Museum, an A-State Heritage Site in Tyronza, has been accepted into the International Coalition of Sites of Conscience, a global association of museums, historical sites and public memory initiatives that maintain places where important civil and human rights history has occurred. 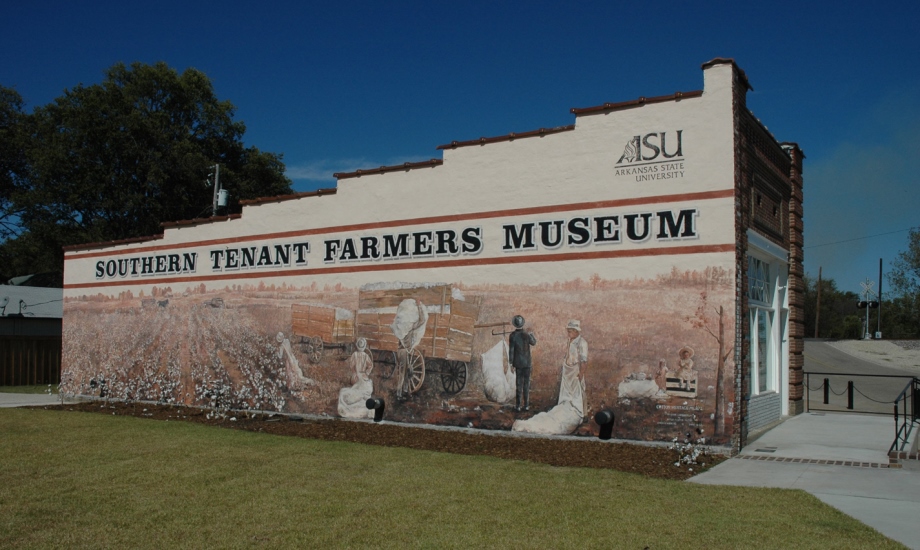 The International Coalition of Sites of Conscience was formed in 1999 when nine museums in four countries came together to sign an agreement affirming the importance of museums as places of memory that help societies acknowledge historical conflicts and apply the lessons of the past to present day issues.

The network now includes over 275 members, including the National Civil Rights Museum in Memphis and the Little Rock Central High School National Historic Site in Little Rock. Southern Tenant Farmers Museum is the second Arkansas site to be included in the coalition, and is featured on the coalition’s website.

The Southern Tenant Farmers Museum is the site of the Southern Tenant Farmers Union's first headquarters, which operated out of the Tyronza businesses owned by H. L. Mitchell and Clay East in 1934. The museum preserves the memory of sharecropping and tenant farming in the Delta and presents the history of this rare interracial labor union which advocated for the rights and dignity of tenant farming families.

The permanent exhibit also discusses the overall economic system of tenant farming, its integral role in Northeast Arkansas farm life, and how changes in the development of modern agriculture affected farming families as the tenant farming system was replaced with mechanization.

The conflicts that accompanied social and economic change are a core part of the Southern Tenant Farmers Union's story, with divisions between members impacting the union in addition to the sometimes violent opposition they faced.

Membership in the coalition will help not only to bring the Southern Tenant Farmers Museum more national exposure, but also provides mentorship from initiatives that specialize in "difficult conversations" about historical conflict. Coalition members also receive training and program support and engage in peer-to-peer learning and participation with regional museums on projects involving shared histories and issues.

STFM's monthly "Curator Chats," held the fourth Saturday of each month at 1 p.m., will help extend these resources to other museums and individuals interested in developing or strengthening their own museums or sites of conscience.

The Southern Tenant Farmers Museum is located at 117 Main Street, Tyronza, and is open Tuesday through Saturday from 9 a.m. until 3 p.m. Admission is $5 for adults and $3 for seniors, students and group tours. Arkansas State University students, staff and faculty are free. For more information, call 870-487-2909.