JONESBORO – The year was about 1958. A weekend dance was a highlight of campus life for the students at what was then known as Arkansas State College.

This was long before the Internet and social media and portable music players. It was the era before trendy restaurants dotted the city, and television programming was limited even for those with a black-and-white set.

An up-and-coming musician from the Newport area was riding the wave of popularity during the music revolution that swept through Northeast Arkansas and the Mid-South. Sonny Burgess was hired to play for a dance at the National Guard Armory on the Arkansas State campus.

Unfortunately for Burgess, the evening of entertainment came to an end when vigilant administrator Robert Moore, then dean of students, decided Burgess and his band were too loud, and he banned them from returning to campus.

Skip ahead about 55 years, and “Sonny Burgess and the Legendary Pacers” was one of the acts scheduled to perform Saturday evening for ASU Museum’s Rockabilly Boogiefest. Narvel Felts, Stan Perkins, and The Stunning Cunning Band also were headliners for the big show which attracted a crowd of several hundred rockabilly fans to the Military Science Building, formerly known as the Armory.

However, there was some old business to attend to before Burgess could take the stage. After all, Burgess had told news media representatives and sponsors at the Boogiefest announcement in December that he was banned from the campus by Dean Moore for being “too loud.” Laughter erupted from those who fondly recalled Dean Moore as a beloved and highly respected disciplinarian who had helped guide and mold students at Arkansas State College, and later Arkansas State University, during his 34-year career.

To clear the way for a proper return to perform on campus, a special “dispensation” was announced during Rockabilly Boogiefest by Dr. Rick Stripling, vice chancellor for Student Affairs.

“Whereas, Dean of Students Robert Moore, being concerned for the future hearing ability of students, banned Sonny Burgess from ASU twice in the last century for being too loud; Whereas, some students of that era are present tonight and may indeed need hearing aids anyway,” Dr. Stripling read, drawing hearty laughter from the audience.

“I, Rick Stripling, in forgiveness of Sonny Burgess’s former excessive loudness and in recognition of his many contributions to ASU and his mighty fine singing, do hereby officially grant Sonny Burgess special dispensation to return to ASU and crank up the music without fear of reprisal,” he continued.

Stripling also noted from the dispensation certificate, “Sonny Burgess has since earned his way back into the good graces of ASU,” by hosting KASU’s “We Wanna Boogie” radio program since 2006, and the university awarded him an honorary doctor of music degree in May of 2011.

Among the highlights of his career, Lee was proprietor of Variety Recording Studio and owner of the Alley Records label.

The Boogiefest at A-State was one of many special events during Rockabilly Weekend, March 1-3, which was proclaimed by Harold Perrin, mayor of Jonesboro. In addition to the concert Saturday night, numerous downtown restaurants offered rockabilly-related entertainment in celebration of the special weekend.

“We feel great satisfaction that Rockabilly Boogiefest has raised public awareness of the rich music heritage of Northeast Arkansas,” said Dr. Marti L. Allen, ASU Museum director. “With Rockabilly Weekend, we created for the City of Jonesboro a regionally significant context whereby Downtown business could celebrate with us and also benefit economically. We will continue to seek funding for a permanent Rockabilly exhibit at ASU Museum and to pursue our goal of making Jonesboro a destination for heritage tourism.” 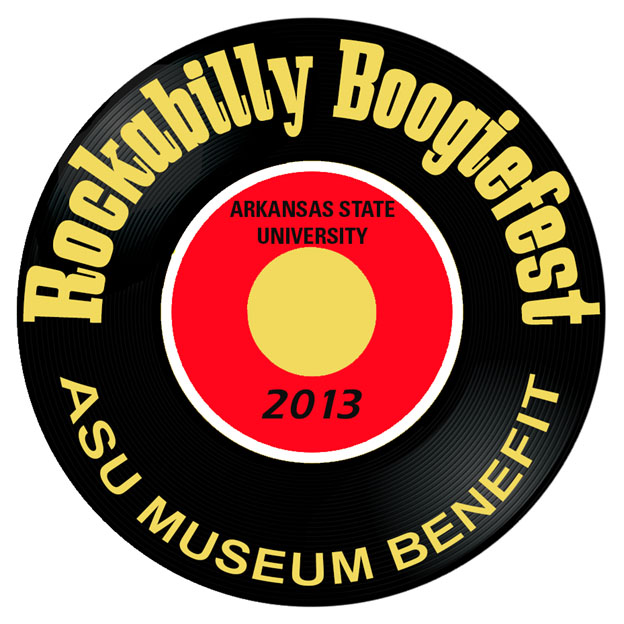