JONESBORO, Ark. —Clint Hill finally came to the realization that he did everything he “could do under the circumstances” 50 years ago to aid an assassinated President of the United States and protect a captivating First Lady on a fall afternoon in Dallas, Texas, Nov. 22, 1963.

Hill and his co-author Lisa McCubbin visited the Fowler Center’s Riceland Hall Wednesday evening to share his experiences as a Secret Service agent for the President John F. Kennedy administration from 1960 until the assassination in 1963. He was assigned to Mrs. Jacqueline Kennedy during this time.

The program kicked off with a short video of Kennedy’s speech in October 1963 in Heber Springs to dedicate Greers Ferry Dam. Who could have known that one of Kennedy’s last speeches was made in Arkansas and that Kennedy would be dead by an assassin’s bullet seven weeks later?

Still looking fit and strong, the 81-year-old Hill told the full house he credits McCubbin with pulling him out of a deep depression and guilt that surrounded that worst of times for the nation by explaining that he was a significant part of history and he should share that with the American people and write a book. It took some coaxing, but Hill saw that she was right and the two collaborated on “Mrs. Kennedy and Me.” The book rocketed to the top of the New York Times bestseller charts and prompted the writing of a second book, “Five Days in November” due out in two weeks.

McCubbin approached the presentation as a question-answer narrative, leading Hill to recall the good times in the beginning of a vibrant administration to one of the saddest and dismal times in the nation.

“It felt like I had been hit in the stomach,” Hill said. “I was devastated because I knew it meant going to a lot of fashion shows and ladies teas and I wanted to be where the action was.” Little did he know how exciting it would be. He accompanied Mrs. Kennedy wherever she went, including to the hospital for the birth of the Kennedys’ third child, Patrick Bouvier Kennedy, who died days later from complications from lung disease. There were also exotic state trips around the globe to places like India, Pakistan and Greece.

Life was good for Hill until JFK’s five-city tour of Texas began. The President and the First Lady would travel to Texas for two days, Nov. 21-22, in 1963 beginning in San Antonio. Next was Houston, then Fort Worth, Dallas and the tour would conclude in Austin. Although Fort Worth was a short drive to Dallas, it was decided that the President would fly on Air Force One to Dallas’ Love Field and ride in a motorcade that would rearrange the lives of everyone in the nation, possibly the world, and certainly Clint Hill.

“When the President and Mrs. Kennedy departed from the back of Air Force One, the two of them walked to the fence and began greeting the thousands of people who had shown up,” continued Hill.

Hill stood on the running board of the vehicle driving about eight feet behind the limousine carrying the Kennedys and Texas governor John Connally and his wife Nellie when the first shot sounded, then another and then a third. Hill tersely told the crowd that three shots were fired during the assassination attempt. “All came from the same direction, the same gun and the same person, Lee Harvey Oswald.” Hill would reiterate that same information when questioned by the Warren Commission.

Following the shooting, Hill was immortalized in a frame of the famous Abraham Zapruder film of the assassination when he was captured jumping onto the back of the motorcade limousine to aid a mortally wounded President and to protect the First Lady as the car sped to Parkland Hospital. He continued to serve as protection for Jacqueline Kennedy until the next presidential election in 1964.

For a long time, he suffered from depression and guilt and viewed himself as having failed in his job to protect the leader of the United States. He remained silent about those dreadful events until McCubbin helped him in 2009 to see his heroic role in service to his country. Although he shared many of the particulars surrounding Kennedy’s death, he was sensitive toward not revealing all of the graphic details, except for the sound of scissors as Mrs. Kennedy clipped a lock of her husband’s hair. 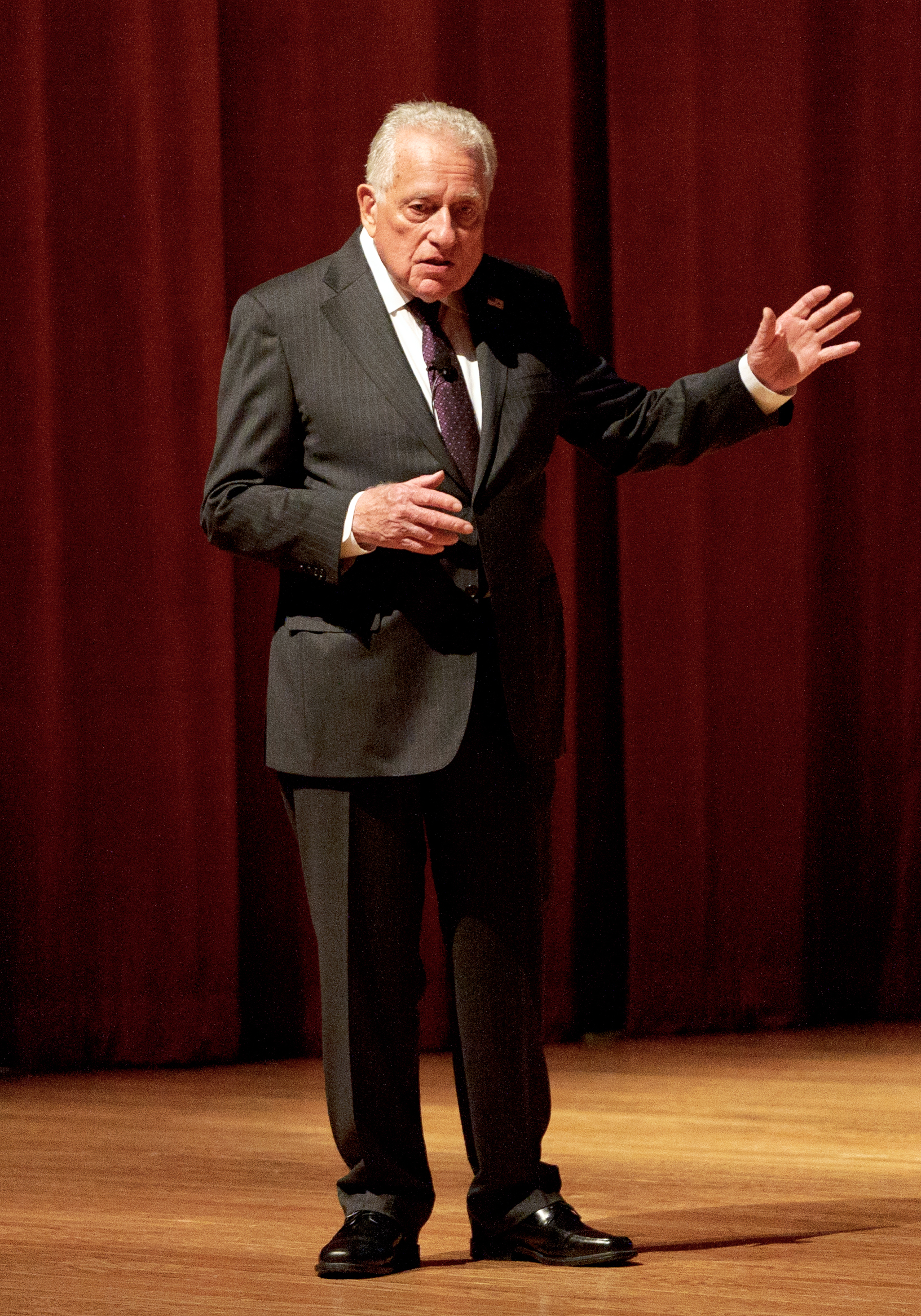 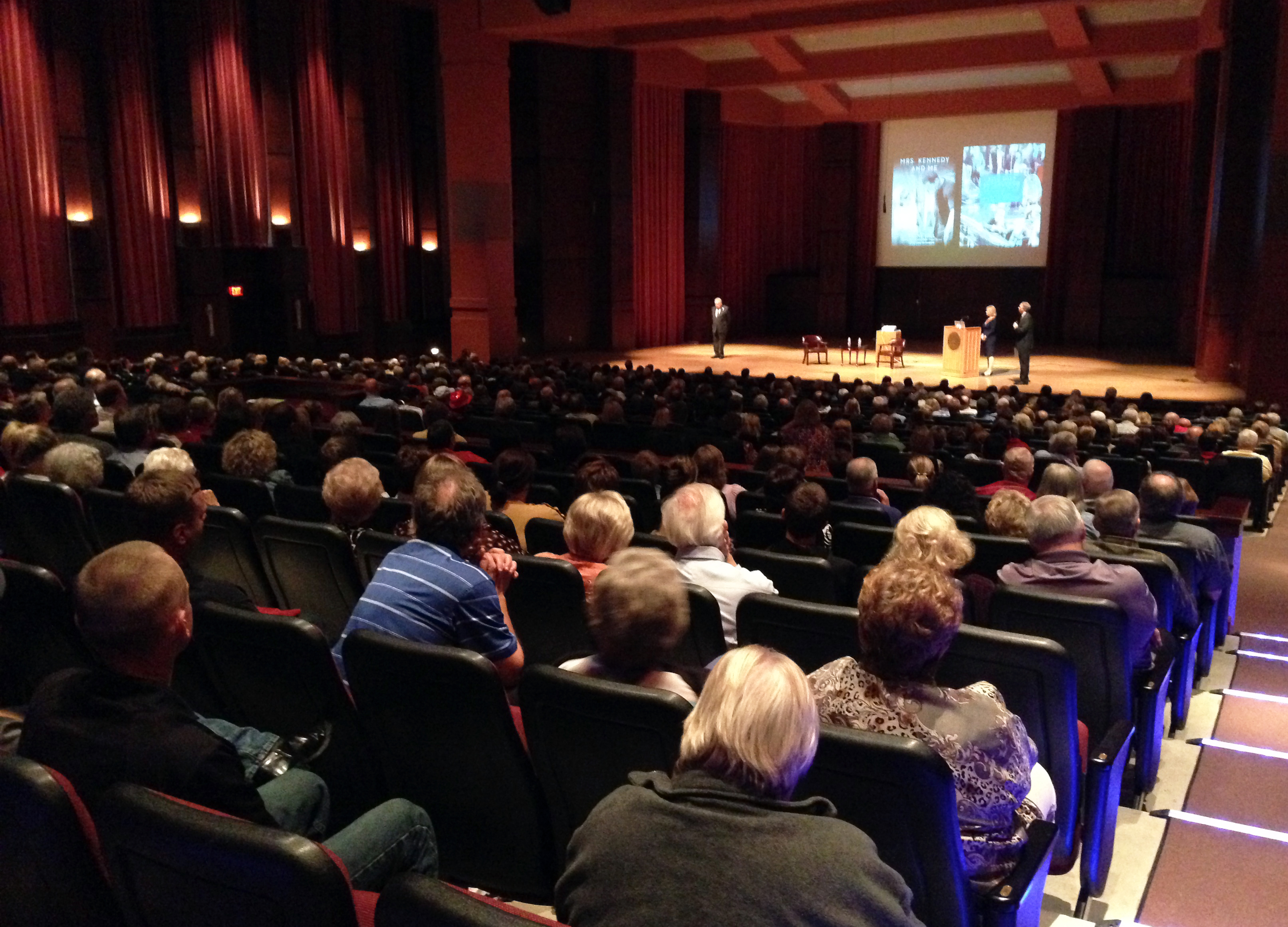 A full house listens to Clint Hill and Lisa McCubbin