JONESBORO, Ark. – When he told his high school football offensive coordinator (and soon-to-be rugby coach) at Lincoln Way East High School just outside his hometown of Mokena, Ill., that he wanted to give rugby a try, he got a solid laugh.

After all, he was an undefeated sophomore quarterback, used to being in the pocket, in pads, with four or five guys whose sole responsibility was to keep him upright standing in front of him, a far cry from the realities of the rugby field.

But it became very clear very quickly that Pat Sullivan was meant to be a rugby player.  He had a good touch on the ball, a lethal boot, and a killer instinct.

Sullivan took a gap year after high school, in something of a rugby limbo, playing for a DIII men’s club team, but not really loving it or being challenged by it.  But then he got an unexpected call.

He was sitting around at home when the coach of his Illinois All-Star team called him.

“He must have said something about me to old man,” Sullivan said, referring endearingly to Curt Huckaby, the longtime coach of Arkansas State who resurrected the program into the powerhouse it is today.  “[Huckaby] asked if I’d be interested in playing rugby down in Arkansas and I said ‘sure.’”

He immediately made an impact on the team.  His boot precise, his distribution outstanding, and his game sense was top notch.  But there was something holding him back from being in the conversation for higher selections: his fitness.

It’s not that he was incredibly slow.  He wasn’t.  At 6’4” you can be going at a pretty good clip and not look like it.  But it wasn’t that.  He was just a bit doughy, a red flag to selectors and fans alike.

But this year, his senior year, he is approaching the game and his own fitness with maturity and poise.  When asked about the most widely circulated ‘knock’ on Pat Sullivan, his weight, he said,  “That’s probably fair.  I’d enjoyed a few too many cheeseburgers.

"But this year I just decided to take ownership of my fitness.  I’ve dropped 20 pounds since last season and I’m stronger than I ever have been.”

Now at a svelte 225 lbs. (keep in mind he is 6’4”), he is leading the #1 ranked Arkansas State Red Wolves as co-captain with fellow senior All-American Shaun Potgeiter.

Sullivan, ever the competitor, uses the criticism as fuel to improve saying, "I take whatever criticism I get and get better from it."

“[Pat] is one of the guys I’ve been really proud of in terms of how much he has grown and personally matured.  He has taken things a little more seriously.  He’s grown into being a leader and captain in practice.  Guys are naturally drawn to him,” said Alex Houser, head coach at Arkansas State.

Houser, a three-time All-American and four time national champion at Cal, said that Sullivan is a “rarity in the USA in terms of being a well-rounded flyhalf" saying Sullivan has "got a good pass off both hands and has mastered all three kicks; punts, place kicks and dropkicks.”

Sullivan's physique makes him a problematic matchup for opposing pivots.  But his game has elevated from clever bruiser to master strategist bruiser.

His confidence is key and he's willing to take risks, but only if he commits to it.

"I've been making a lot more of the decisions in the back line.  Even if it's the wrong call, I do it at 100 percent and learn from it later," Sullivan said.

In terms of his approach to attack, it's a selfless one.  When asked about what he hopes people take notice of when they watch him, Sullivan said, "I hope people see my ability to get everyone touches on the ball.  I want to be able to give guys like [All-American center] Zac Mizell some space to work with."

Sullivan’s #1 ranked Red Wolves will host #5 Kutztown on April 27 in Jonesboro in the D1A Quarterfinals.  If they win, they are bound for the quarterfinals where they will face the winner of Life @ Army. 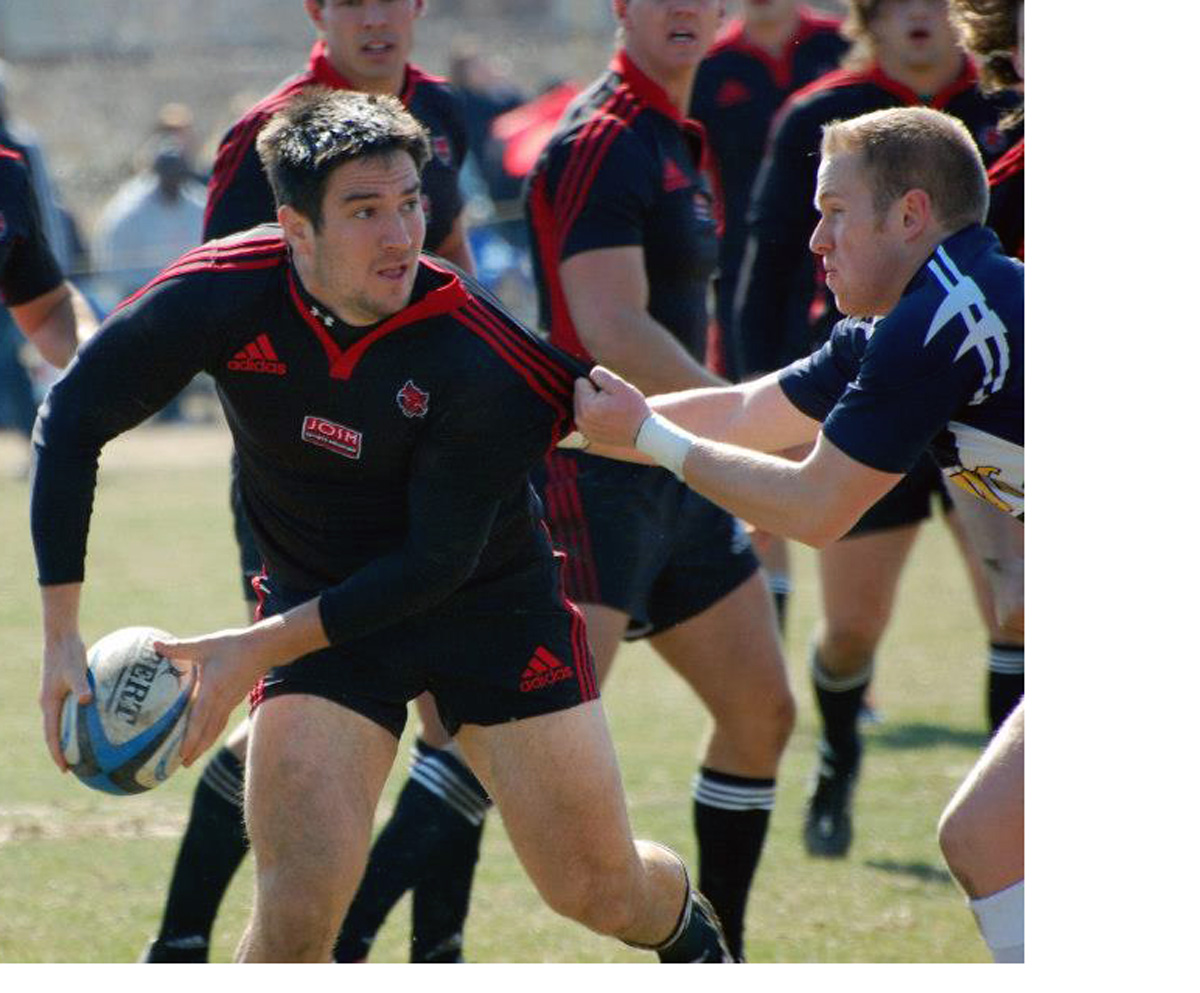