JONESBORO – Seven sport management and sport administration students from Arkansas State University were among those from four universities who enhanced their education and experience by serving as interns at the 2018 Walk-On’s Independence Bowl in Shreveport, La.

"The students in the Sport Management Club are involved in events like the Independence Bowl, the Super Bowl, Final Four and numerous local events," stated Dr. Claudia Benavides, associate professor of sport management at A-State. "The sport management faculty is instrumental and very proactive in extending networking and learning opportunities for our students outside of the classroom."

A-State had the largest contingent of sport management students in Shreveport, joining counterparts from East Texas Baptist, Louisiana Tech and Temple at the bowl game.  Benavides said an A-State group of five is leaving Wednesday for Atlanta, where they will further develop their skills at Super Bowl LIII.

"We love to see their growth through these experiences, and it is a joy watching them apply the knowledge they gain in our program," she added.  "It is confirmation we are doing the right thing by stretching them beyond their comfort zone and pushing them out into the real world with hands-on sport industry experience."

“Out of the many different events we volunteer at as a club, the Independence Bowl gave us the best overall experience,” noted Arkansas State sports management student Kaleb May of Jonesboro. “It did so by allowing us to be a part of planning events before the game, and being on the sidelines during the game.”

In addition to May, the other A-State students who participated were Nicholas Wright of DeWitt; Rachel Allgood of Cabot, Noah Allgood of Cabot, Kristen Mangrum of Paragould, Kaitlyn Gramling of Batesville, and Garret Woods of Trumann.  Mangrum is a graduate student, and the others are seniors.

The Walk-On’s Independence Bowl, the 11th-oldest bowl game, played the 43rd edition of the game  Dec. 27 at Independence Stadium in Shreveport.  The Duke Blue Devils defeated the Temple Owls 56-27.

The Walk-On’s Independence Bowl and Independence Bowl Foundation are prevalent in the Shreveport-Bossier City area throughout the year, hosting events to help enhance the economic impact and growth of the community. 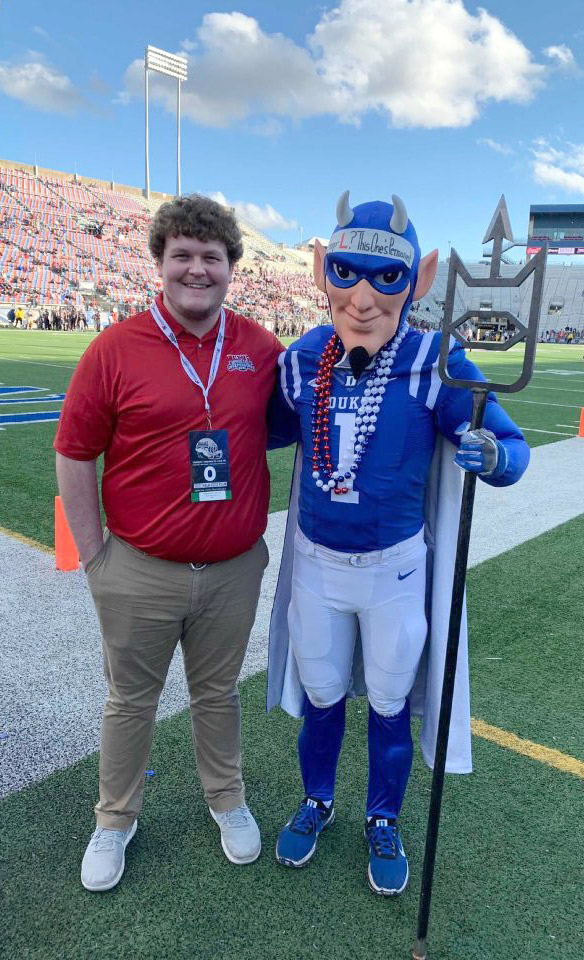