LITTLE ROCK – The Arkansas House of Representatives wrapped up a special session Wednesday by attending to some pressing items of state business.  Representatives met in the Old State House because the House chamber at the State Capitol is under renovation.

The last regular session at the Old State House, which was the state's first capitol building, took place in 1909.  Among the items of business, the General Assembly passed, and Gov. George Donaghey signed into law, Act 100 to create an agricultural training school in each of the four congressional districts.  The school at Jonesboro evolved into Arkansas State University.

The proceedings that led to the bill creating the district schools are featured in the opening spread of the award-winning book, “Embrace the Past: 1909-2009, Celebrating Our First Century,” which was published in honor of the university’s centennial.

Here is the text from that opening spread, the first of 100 creatively illustrated stories from Arkansas State’s first 100 years.  For those who want to read more, copies of the centennial book are available at Cooper Alumni Center, 2600 Alumni Blvd., for a fee of only $45.

Now, allow the mind to drift back to April of 1909, in the aging state capitol building along the south bank of the Arkansas River in Little Rock . . .

STROKE OF A PEN

The 37th General Assembly of Arkansas spoke with one voice in 1909 when it supported the Arkansas Farmers’ Union by enacting a law to create four agricultural schools – one in each district of the state. The passage of Act 100 had its dissenters along the way, however, and the bill passed 84 to 7 in the House and 23 to 3 in the Senate. Several legislators made comments as they cast their votes. Their statements below became part of the permanent record.

Why tell the farmer on the stump,

That he is your sugar lump?

Why help his wife to milk her cow?

Why did you make his children laugh

To see you stand and hold the calf?

Have you since then changed up the rule?

Do you now view him as a fool?

Do you think, when he calls for four,

That he means one and nothing more?

I’ll cast my vote to give him four,

And after while to give him more.

However much I may desire to get on the

“band wagon,” in my judgment I have waited

too long. To get on the wagon now would be

compromising myself. I still vote no.

In Committee of the Whole,

And now upon my soul

But four they want—and so here goes.

But where the coin is to come from

So right or wrong, live or die

Record me now as voting I

I am in favor of one agricultural school in the

State, with an appropriation sufficient to

equip it fully, and I believe it will be provided.

But I can not support this bill with what I

consider a very reckless expenditure of much

I much prefer one school at present but not

knowing whether we will get one and

preferring four to one, I vote aye.

I have plowed for thirty years. I have

investigated agricultural colleges of every state.

I have studied the question for three years,

and introduced the first agricultural school

bill ever introduced in the Arkansas

Legislature. I am a firm believer in

agricultural schools and know the value to be

derived from them, but I regard it the worst

blunder the Arkansas Legislature could make

to build four schools that will fight themselves

to death in six years. As a friend to the

Farmers’ Union and not as a politician, 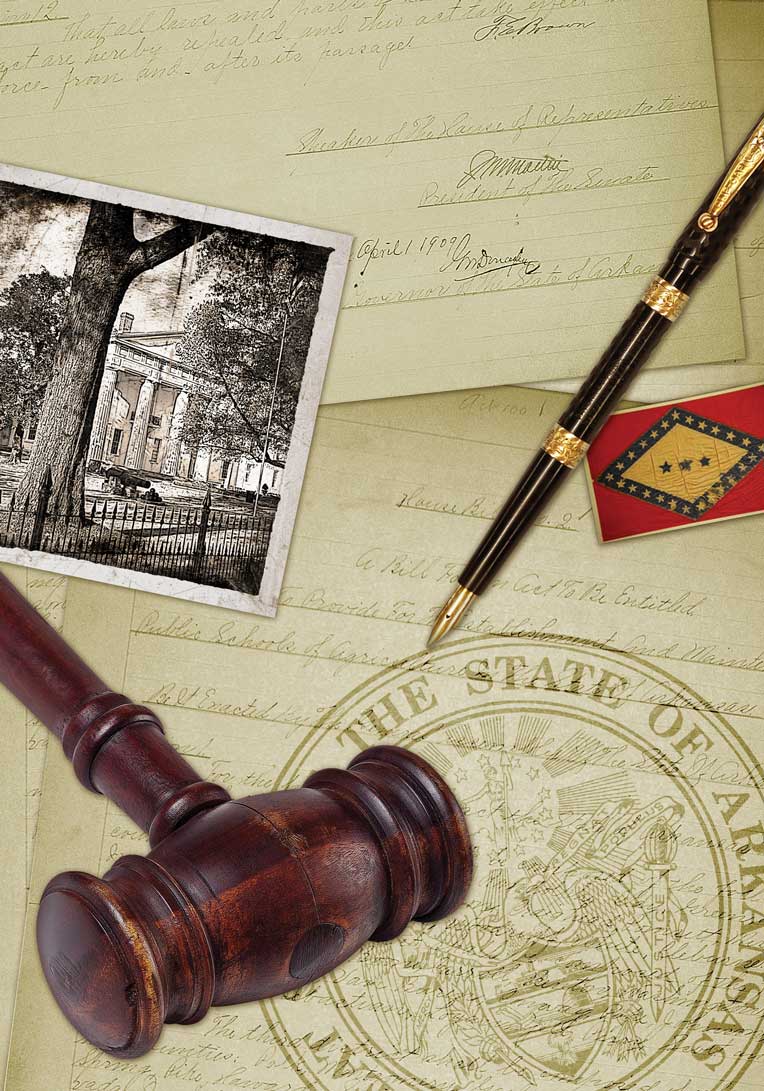