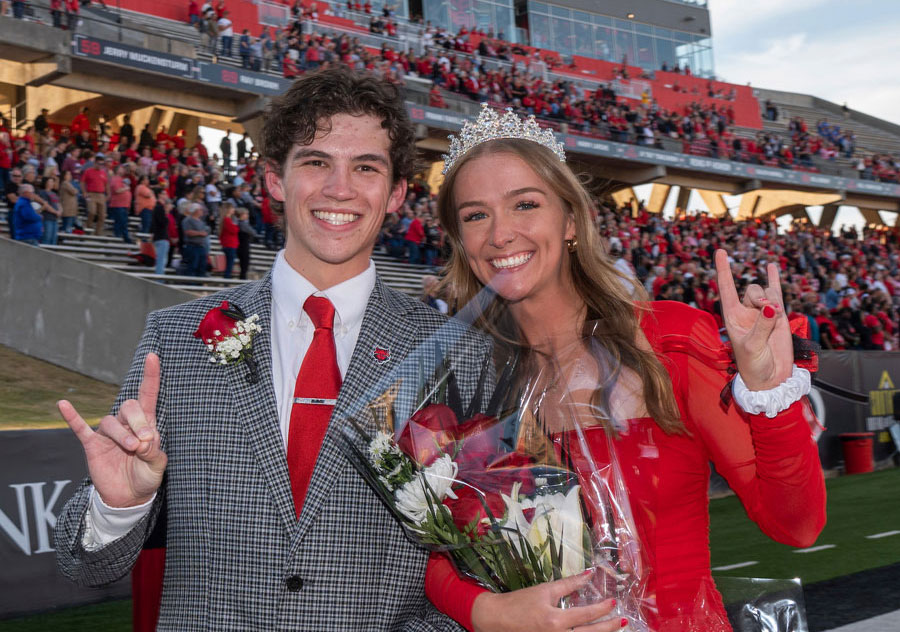 Their selection, determined by student voting and a campus interview process, was announced during pre-game ceremonies prior to the Red Wolves’ victory over Louisiana-Monroe.

Stauffer, nominated by the Student Philanthropy Council, is a senior marketing major with sales emphasis in the Neil Griffin College of Business. Her parents are Jason and Jennifer Stauffer of Belleville.

Sedman, nominated by Kappa Sigma fraternity, also is a senior marketing major in the Griffin College. His parents are Clyde and Gerri Sedman of Jonesboro.