PHILADELPHIA, Pa. — Arkansas State’s rugby team will face California for the second time in as many days Sunday, June 5, in the quarterfinals of the Penn Mutual 7s Collegiate Rugby Championship at Talen Energy Stadium. Match time is 7:22 a.m. CST. Sunday’s games will start earlier due to expected inclement weather.

“We are excited to get some early revenge in the morning,” said A-State head coach Shaun Potgieter. “I expected to run into them again in the semifinal or final, but we ended up getting them in the first match of day two.”

The Red Wolves started the day strong in pool play by defeating Maryland, 24-0, behind successful tries by Connor Cook and Preston Weigel to give Arkansas State the early 12-0 edge. Senior Zinzan Elan-Puttick scored another try and Neil Maestri helped secure the win with his score.

A-State then knocked off Tennessee, 40-0, in the second match. Zach Young got on the board first with a try and the successful conversion to make the score, 7-0. Moments later, Elan-Puttick scored the first of his three tries against the Volunteers. Another conversion gave the Red Wolves the 14-0 lead. Weigel added another score to take A-State to the 21-0 halftime.

Elan-Puttick came out early in the final period to boost the lead to 28-0 and had another try to increase the Red Wolf lead to 33-0. A final score by Dylan Boast and a conversion closed out the match to give A-State the victory.

Three-time defending champion California was A-State’s final opponent of the day. Arkansas State pursued the Golden Bears relentlessly, but Cal was able to take the win, 24-12. Cal’s Jesse Milne scored the first try followed by points from teammate Jake Goena to make the score 10-0. Milne added a second try of the match and a conversion put the Golden Bears up, 17-7.

The Red Wolves refused to back down and a pass from Zach Young to Connor Cook allowed Cook to race in for the try and conversion as the halftime horn sounded. Defensively, A-State hounded Cal in the second half, and Elan-Puttick was able to secure the ball and run in to cut the Bear lead.

Potgieter’s group came close to tying the game, but Cal’s Patrick Barrientes snatched the ball inside his own 22 and raced downfield to put Cal ahead for good with a 24-12 win.

“We had a good first day building and getting better every game as the day went on,” added Potgieter. “We are in a good place going into Sunday’s game and know what to expect from Cal.”

The first-year head coach praised the efforts of Elan-Puttick and Alex Goff, saying, “They played well against Cal, and I’m expecting them and a few others to step it up again.

“We are concentrating on ourselves and making sure we know what we need to fix and what we can build on from today’s performances moving into the playoff stages.” 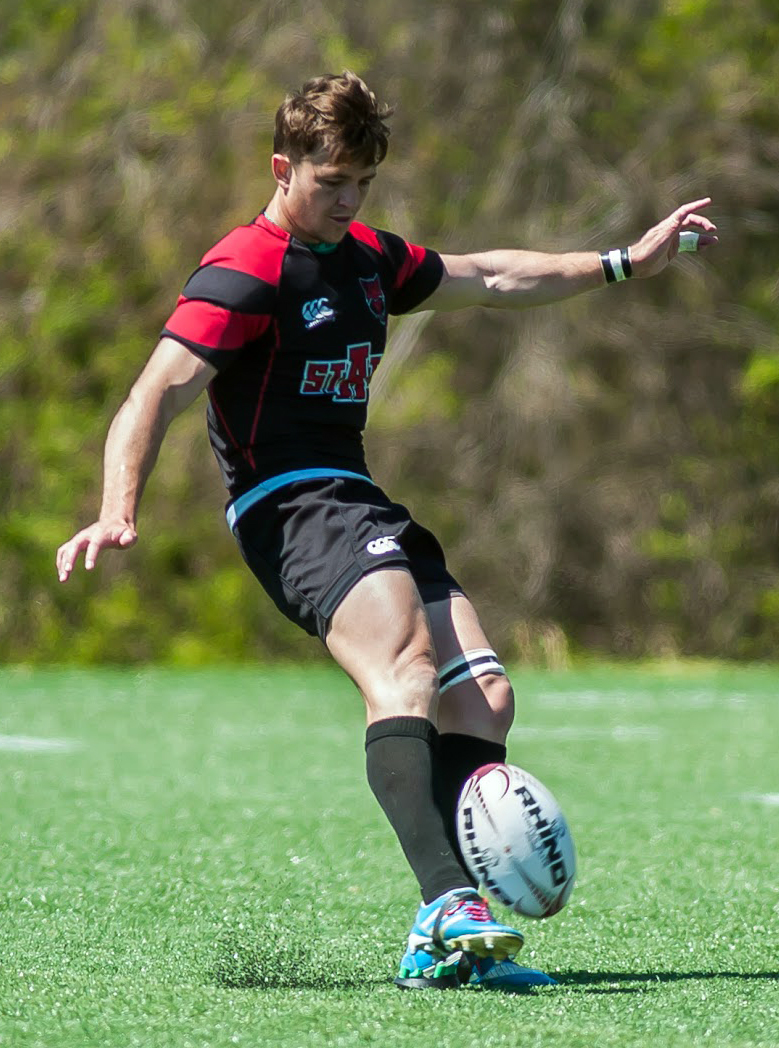