JONESBORO – With renovation complete, R.E. Lee Wilson Hall at Arkansas State University will be rededicated Thursday, June 2.  A ribbon-cutting ceremony is scheduled for 1 p.m. at the front entrance, followed by self-guided tours of the building.  The public is invited.

Wilson Hall has been remodeled for use as the new second instructional site of the New York Institute of Technology's College of Osteopathic Medicine (NYITCOM).  When NYIT classes start in August, it will culminate a process that began in 2013 when A-State and NYIT began discussions.

Situated on a gentle ridge just southwest of the intersection of Caraway and Aggie Roads, Wilson Hall was erected in 1931-32.  It was the budding institution's determined response after a late night fire destroyed its original classroom and administration building and further compounded the unrelenting challenges of the Depression Era.

Appointed by Gov. Charles Brough, Robert E. Lee Wilson served as a member of the Board of Trustees from 1917 until his death in 1933.  As a generous benefactor in the college's early development, he provided materials, labor and financial support for various projects, especially the building that bears his name.  The dedication plaque cites Wilson as "a loyal friend of education."

Although Wilson died only months after the building was formally dedicated, Gov. J.M. Futrell appointed his son, R.E. Lee Wilson Jr., to succeed his father.  He served until 1938, further perpetuating the strong relationship between Arkansas State College and the Wilson family that continues to this day.

Until transformation for use as a medical school, every generation of A-State student since 1932 has had at least a portion of their college experience in Wilson Hall.

Wilson Hall has housed programs in the humanities and social sciences in recent decades, but those departments moved to a new building in the summer of 2015.

The renovation was completed by Clark Contractors, LLC, of Little Rock with architectural services by AMR Architects, Inc., of Little Rock and DesignGroup of Columbus, Ohio.

During the renovation and remodeling process, contractors opened up many of the historic building's spaces, removing walls that had been added during reconfigurations over the years.

The area that originally housed the library is now a multimedia classroom for 132 students.  The auditorium is a second classroom.  The building has an osteopathic manipulative medicine lab, gross anatomy lab, simulated operating room, emergency room skills lab, and much more.

While the interior was completely renovated with new floor plans, lighting and electrical systems, some historical features were retained.  The marble walls of the front lobby will be familiar to those who spent time in Wilson Hall.

Four of the large light fixtures from the original auditorium, retained and preserved by A-State's Facilities Management team years ago during an earlier renovation, have been returned to the building and mounted with accent lighting in the stairwells.

During exterior restoration, the contractor discovered decorative stamped metal panels under the windows.  Covered during a previous building renovation, the panels help carry out the Art Deco style.  Workers removed the coverings and restored the panels, returning the building to its original appearance.  Other Art Deco architectural details, including the stone carving of "the scholar" over the original library entrance, also were preserved.

When NYITCOM welcomes its first class in August, the medical students will learn about preserving life in a landmark building that has a new life of its own. 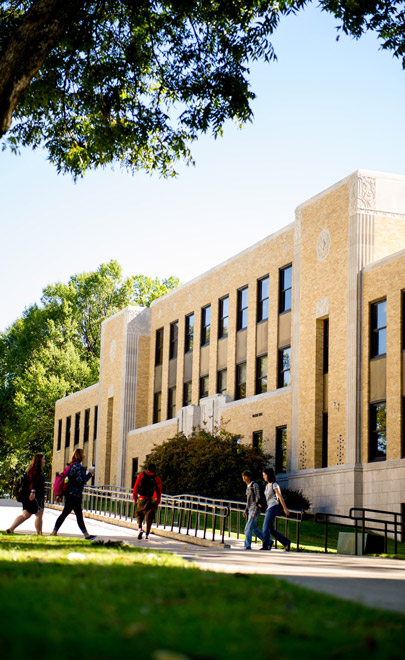 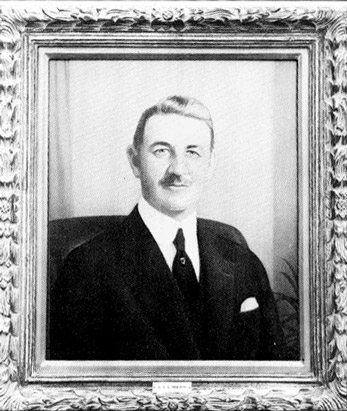