JONESBORO – An annual awards ceremony at Arkansas State University became extra special Tuesday night for Randi M. Wright when she was named this year’s recipient of the Outstanding Who’s Who Award.

A senior from Cave City, Wright is among a group of 44 students who were named to the prestigious “Who’s Who Among Students in American Universities and Colleges” at A-State for 2013.  She and the other Who’s Who honorees were recognized during a campus ceremony.

In a surprise announcement, she was selected to receive the “Outstanding Who’s Who Award” because of her exceptional record of service to the university and community while attaining an excellent academic record in her major, the bachelor’s degree program in nursing.

"All of the other Who's Who honorees deserved this award just as much as I did," she said.  "To be chosen out of such an outstanding group of students is such an honor. I hope to continue on a path that reflects favorably on my university and my community."

Wright, who plans to pursue a doctor of nursing practice degree, has been highly involved on campus through activities such as serving as chair of community service for Delta Epsilon Iota Honor Society, delegate for the Student Nurses Association, and ambassador for the Honors College.  Her husband is Alan Wright.

Wright also received $500 from Crews and Associates, Inc., a Little Rock investment banking firm that donates the prize for the outstanding recipient.

“The Who’s Who program recognizes outstanding student leaders who enhance the positive image of American youth,” according to Dr. Rick Stripling, vice chancellor for Student Affairs. “Significant academic achievement and involvement in extracurricular, civic, and student professional activities are prerequisites for students selected for Who’s Who.”

This year’s Who’s Who honorees at A-State and their program majors (grouped by academic college) are:

About Who’s Who Among Students

Campus nominating committees, created to nominate eligible upperclassmen and graduate students, are composed of representatives from the faculty, administration and student body.  Each school has an  assigned quota of nominees, calculated to ensure a well-rounded representation of the student body. 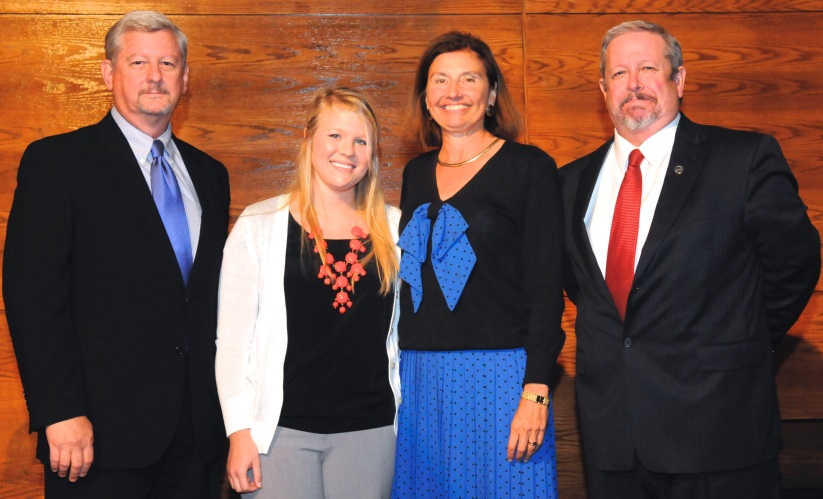