JONESBORO – Three teams of students in the Department of Computer Science at Arkansas State University participated in the annual IEEEXtreme 24-hour Programming Competition, conducted on Oct. 18 by IEEE, the world's largest professional association dedicated to advancing technological innovation and excellence.

Working against approximately 2,500 other teams across the globe, the A-State teams turned in their best performance ever, ranking in the top 7.5 percent worldwide.  This was the sixth consecutive year A‑State participated.

IEEEXtreme is a global competition in which teams of IEEE student members work against each other during a 24-hour time span to solve a set of programming problems.

The teams and their members are:

The ASURedWolves team and the TerribleAl team ranked around 800 worldwide, a worthy achievement, but Jiang was particularly pleased with AllBusiness.

"The team set a new record for A-State by ranking 166th worldwide and 19th in the United States," he explained.  "That is about the top 7.5 percent in international competition.  Previously, we had entered the top 10 percent twice, but this year's performance was the highest ever."

Dr. John M. Pratte, dean of the College of Sciences and Mathematics, was very impressed with the students' performance.  "Coming in 19th is amazing, given the levels of funding at the other institutions in the United States."  In the U.S., approximately 240 teams competed.

"All students worked really hard with great attitude," Jiang also said.  "Most of them stayed awake for 24 hours, or took only a short break.  This year the competition was quite tough with more teams competing.  Congratulations to all students for the amazing achievements! We are really proud of them."

Jiang said the team members are hoping more students will participate next time.

"They really enjoyed the experience. I believe it will help their careers," he added.  "Thanks to our students for making A-State look good through their wonderful teamwork! 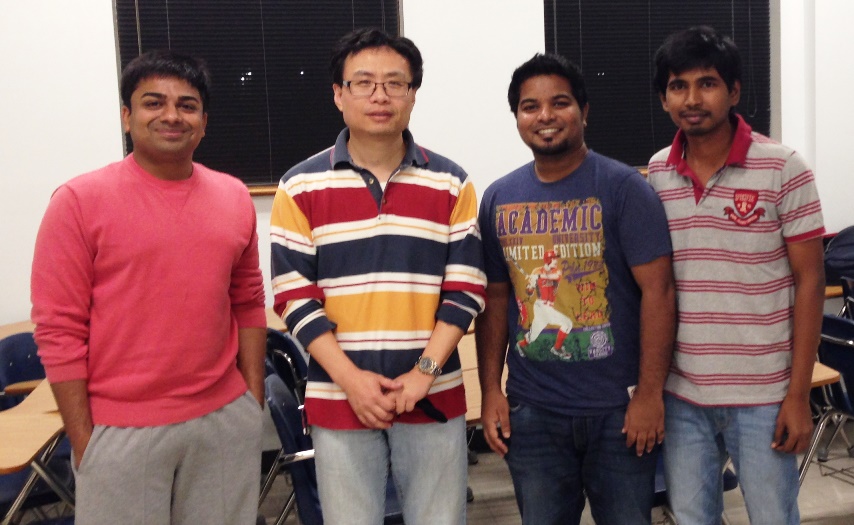