Professor Returns from trip to North Korea, DMZ and China

JONESBORO – Dr. Jacob Ausderan, assistant professor in the Department of Political Science, recently returned from a trip to North Korea, the demilitarized zone between North Korea and South Korea, and China.

Ausderan went with Young Pioneer Tours, a China-based company that specializes in getting Westerners into North Korea, officially named the Democratic People’s Republic of Korea. The U.S. Department of State strongly discourages Americans from visiting because of the risk of arbitrary arrest and detention. North Korea is ruled by the mercurial dictator, Kim Jong-un, the third in the line of Kim family rulers.

“I was driven by a spirit of bold curiosity and fascination with the political system in North Korea,” Ausderan said. “It is the most isolated and mysterious country on the planet.”

Ausderan, in his first year as a tenure-track professor at A-State, specializes in foreign policy and international conflict. He said his group of 11 or so tourists included mining technicians, nurses, students and another college professor, from a variety of countries including Australia, Canada, Germany, and Ireland.

“The one thing we all shared was an insatiable desire to see North Korea for ourselves,” he said.

During the trip, Oct. 18-26, the group spent four days in North Korea, including the capital of Pyongyang, and in the North Korean countryside. Ausderan spent an additional two days in China. While in North Korea, the group was accompanied by minders, or government escorts/watchers.

The visit also included the border between North and South Korea, known as the demilitarized zone (DMZ). While there, Ausderan said South Korea began performing live fire tests of mortar shells near the border, only three miles from his position. When he asked North Korean soldiers whether they intended to fire back, they claimed they never committed such aggressive acts.

In addition, the minders claimed that the American economy crashed in 1950 and that our president started the Korean War as a gift to the American people so that the country could regain its prosperity.

“I knew beforehand that the entire trip would be one long string of propaganda, but propaganda can be educational nonetheless,” he said. “It’s illuminating to talk to people from other countries, even if they do not, or cannot, give you straight answers.”

It was difficult to gain real insight into North Korea’s political process from the minders.

“I waited until after I had gotten a few drinks into one of my minders before asking him why he would belong to a political party other than his leader’s party, the Workers Party of Korea,” Ausderan said. There are two other parties that each hold a few dozen seats in the legislature.

Ausderan was surprised when the minder asked him about the controversial shooting of Michael Brown in Ferguson, Mo., or that he even knew about it.

“In hindsight it makes sense,” he said. “The North Korean government has a vested interest in telling its people that America is the real dictatorship, where the executive branch is constantly using brute force to repress the people.

He said when he told the minder there had been protests and public debate regarding the police response in the Brown case, the very mention of the word “protest” caused the minder to furrow his brow and put a stop to the conversation.

“I think he didn’t want to be caught listening to someone talk about protest,” Ausderan said. “But overall he seemed legitimately curious about life in the United States.”

His minder also asked him if Americans like President Obama.

“I told him that public opinion regarding President Obama was mixed,” Ausderan said. “He just shook his head. It was clear that he views mixed public opinion as disunity and a sign of weakness. It would have been a bad idea for me to point out that the ‘unity’ of the North Korean people is largely a product of harsh totalitarianism and mass abuses of human rights.”

Ausderan said one of the strangest parts of the trip was having to put his affairs in order before he left in case something happened to him. North Korea has detained and jailed several Americans during the past few years.

“I had to make arrangements in case something similar happened to me,” he said. “I was very happy afterwards when none of that was necessary.”

Ausderan said the trip was also an investment in his teaching.

“I have already incorporated the trip into my courses,” he said. “There are some basic concepts in political science that differ radically between North Korea and the United States, including the tools that governments use to prevent people from coming together in large groups and demanding change.”

He added that he believes witnessing aggression between the two countries in person will benefit his teaching, especially his lectures on the Korean War. 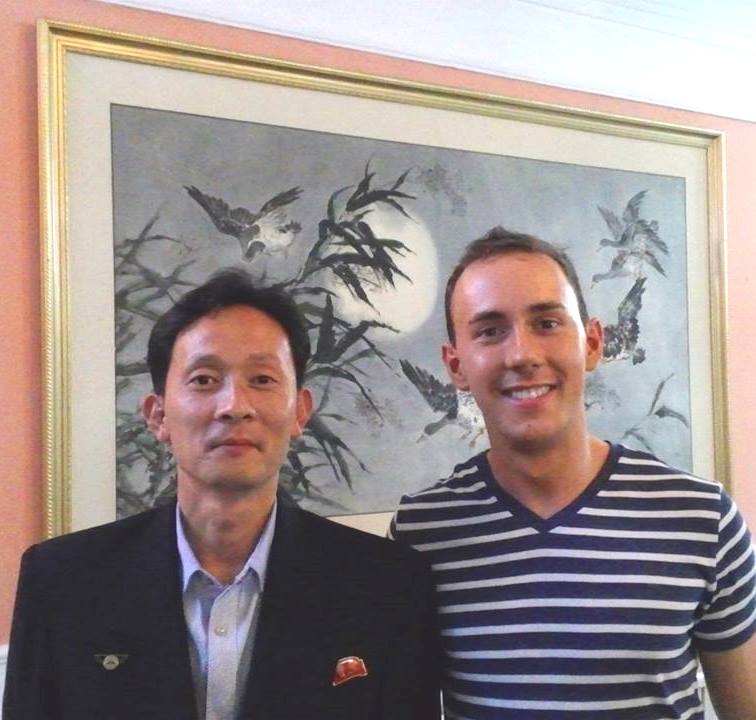 Dr. Jacob Ausderan (right) and one of his North Korean government minders. 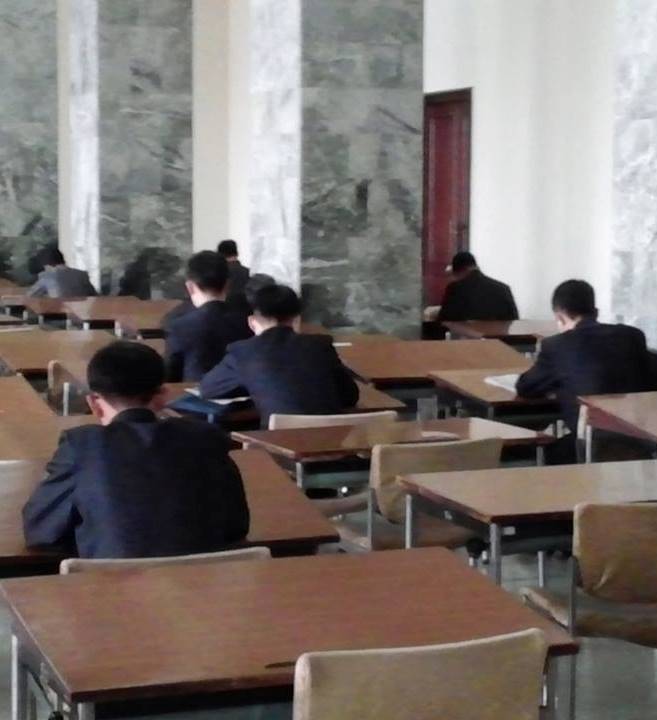