Titled "People, Places, Stories: Jo McDougall Reads from Her Collected Poems," her presentation begins at 7 p.m. in room 1028 of the Humanities and Social Sciences Building, 2401 Aggie Road.  In addition to the Lecture-Concert Series, the event also is sponsored by the Department of English and Philosophy.

McDougall is the author of six books of poetry, including the most recent, “In the Home of the Famous Dead: Collected Poems,” published in April by the University of Arkansas Press.  Others are "The Woman in the Next Booth," BkMk Press/University of Missouri-Kansas City; "Towns Facing Railroads" and "From Darkening Porches," UA Press; and "Dirt" and "Satisfied with Havoc," Autumn House Press.

Her memoir, "Daddy’s Money," recounts her experiences growing up on a rice farm in the Arkansas Delta.

"We are excited to host Arkansas Writers Hall of Fame poet, Jo McDougall," commented Dr. Kristi Costello, assistant professor of composition, rhetoric, and writing studies.  "Her work chronicles the experiences, trials, and blessings of rural families in the Arkansas Delta. Jo's poems have appeared in Ted Kooser’s American Life in Poetry, Garrison Keillor’s Writers Almanac, and in such journals as Arkansas Review, Arts and Letters, Georgia Review, Hudson Review and many others. This year she published her sixth book, titled 'In the Home of the Famous Dead.' "

An inductee into the Arkansas Writers Hall of Fame, McDougall's honors include a DeWitt Wallace/Reader’s Digest Award; fellowships from the MacDowell Colony and the Arkansas Arts Council; Teacher of the Year, Pittsburg State University chapter of Sigma Tau Delta; and an Academy of American Poets award. 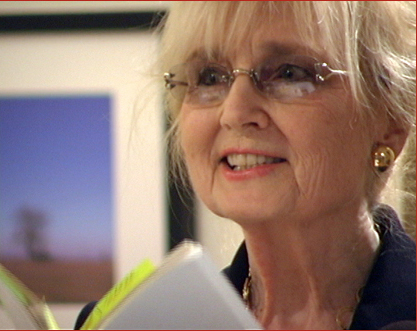