Nelvis, who claimed first-team All-America honors as a result of her top-eight national finish, clocked a 12.92 time to finish ahead of LSU’s Jasmin Stowers (13.00 time) and UTEP’s Janice Jackson (13.06).  Brianna Rollins of Clemson won the event by crossing the finish line in a first-place and NCAA-meet record 12.39 time.

Nelvis generated her a personal-record best 12.84 time in Thursday’s (June 6) 100-meter hurdles semifinal second heat to break her previous time of 12.99 set at the 2012 NCAA West Preliminaries in Austin, Texas.  The 12.84 time of Nelvis' also was the second-best time in the semifinals, second only to Clemson's Brianna Rollins, who posted a NCAA-meet best 12.47 time.

“I was honored to compete on this level,” said Nelvis, who now holds the distinction of being Arkansas State’s first two-time All-American in women’s outdoor track.  “Of course I’m not satisfied with the placing in the final, but I did run a personal best and a second-best time here at nationals.  This has just left me hungry for what’s next!”

I thought Sharika did great this weekend,” said A-State track and field coach Jim Patchell.  “She didn't have quite the start she needed in the final, but still ran her second best time of her career to earn first-team All-America honors.  That is an outstanding accomplishment.”

Nelvis, the 2013 Sun Belt Conference (SBC) Outdoor Championships’ Most Outstanding Women’s Track Performer and All-SBC First-Team selection, is the fifth A-State women’s outdoor track athlete to gain All-America laurels and marks the sixth time in which a Red Wolves' women's track athlete has gained such recognition for the outdoor season.

A season ago, Nelvis received second-team All-America status after turning in a 16th-place showing in the 100-meter hurdles semifinals with a 13.23 time at the 2012 NCAA Championships (6/6) in Des Moines, Iowa. 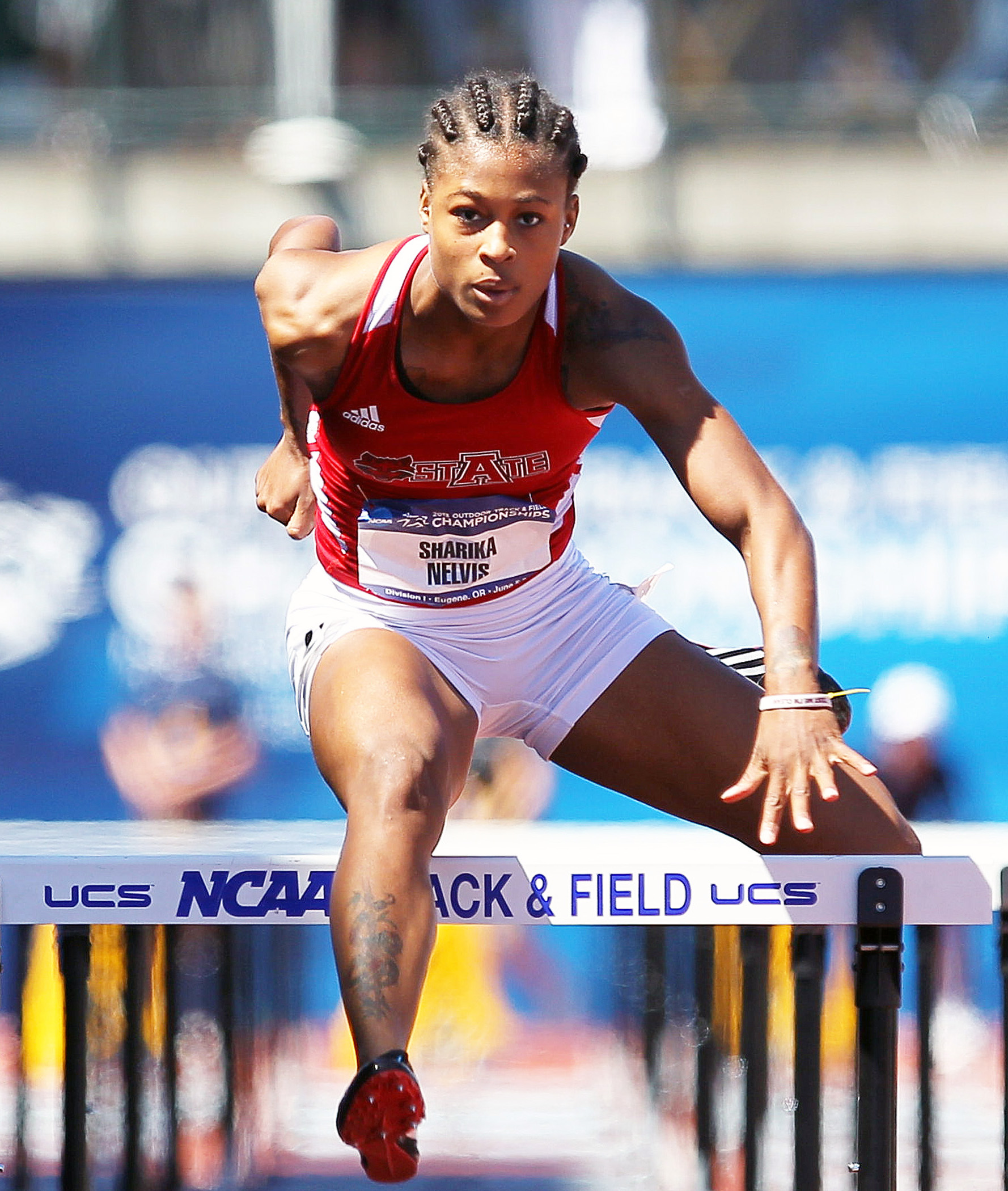