JONESBORO - The Arkansas State Athletics Department announced Wednesday it will hold a noon pep rally Monday, Dec. 16, on the steps of the Arkansas State Capitol in Little Rock to celebrate the Red Wolves’ upcoming appearance in the 2014 GoDaddy Bowl.

The pep rally is being held in conjunction with Arkansas State’s “Mobile-ize Our State” campaign urging all Arkansans to show their state pride by joining the Red Wolves in Mobile, Ala., for the Jan. 5 bowl game at Ladd-Peebles Stadium.

The A-State football team, which has won 27 games over the last three seasons, accepted an official invitation this week to play in the GoDaddy Bowl for an unprecedented third consecutive time in the bowl’s history.  This year’s game will be the 15th edition of the GoDaddy Bowl, which was played for the first time in 1999.

The pep rally will be headlined by a number of featured speakers, including Arkansas Governor Mike Beebe.  Those in attendance will also hear from A-State Head Football Coach Bryan Harsin, Director of Athletics Terry Mohajir and ASU System President Dr. Charles Welch.

Performances by the A-State band, cheerleaders, and Red Wolves Dancers will also highlight the event, designed to rally statewide support for Arkansas State and its appearance in the GoDaddy Bowl.

“We are very proud of Arkansas State University,” said Mohajir.  “Any time we can travel around Arkansas to talk about the wonderful initiatives happening with A-State makes us feel fortunate and blessed to be a part of this great state and outstanding university.”

Arkansas State has almost 10,000 alumni who live in central Arkansas and more than 1,600 current students from the region.

Mohajir has gone on record saying the way Red Wolves fans traveled to Mobile the last two years played a major role in the decision made by GoDaddy Bowl President Jerry Silverstein and the bowl selection committee to bring A-State back again in 2014.  He has called on all fans in the state and beyond to repay the GoDaddy Bowl’s loyalty by setting a record attendance at this year’s game.

Fans are strongly encouraged to purchase tickets only through the A-State Ticket Office to directly support the Red Wolves and to ensure they receive priority seating within the designated A-State area.

Bowl tickets are only $45 per ticket when purchased through the A-State Ticket Office. Tickets will be available for purchase at the pep rally event, but fans can also go to AStateRedWolves.com and click on ‘Bowl Game Central’ (AStateRedWolves.com/BowlGame) to order tickets.  The A-State Ticket Office, located at the Convocation Center’s lower red entrance, is also taking walk-up or telephone (870-972-2781) orders.

Special pricing is also available for students in the designated student zone when ordered through the A-State Ticket Office. Students may also use their A-State Express Dollars to purchase tickets. 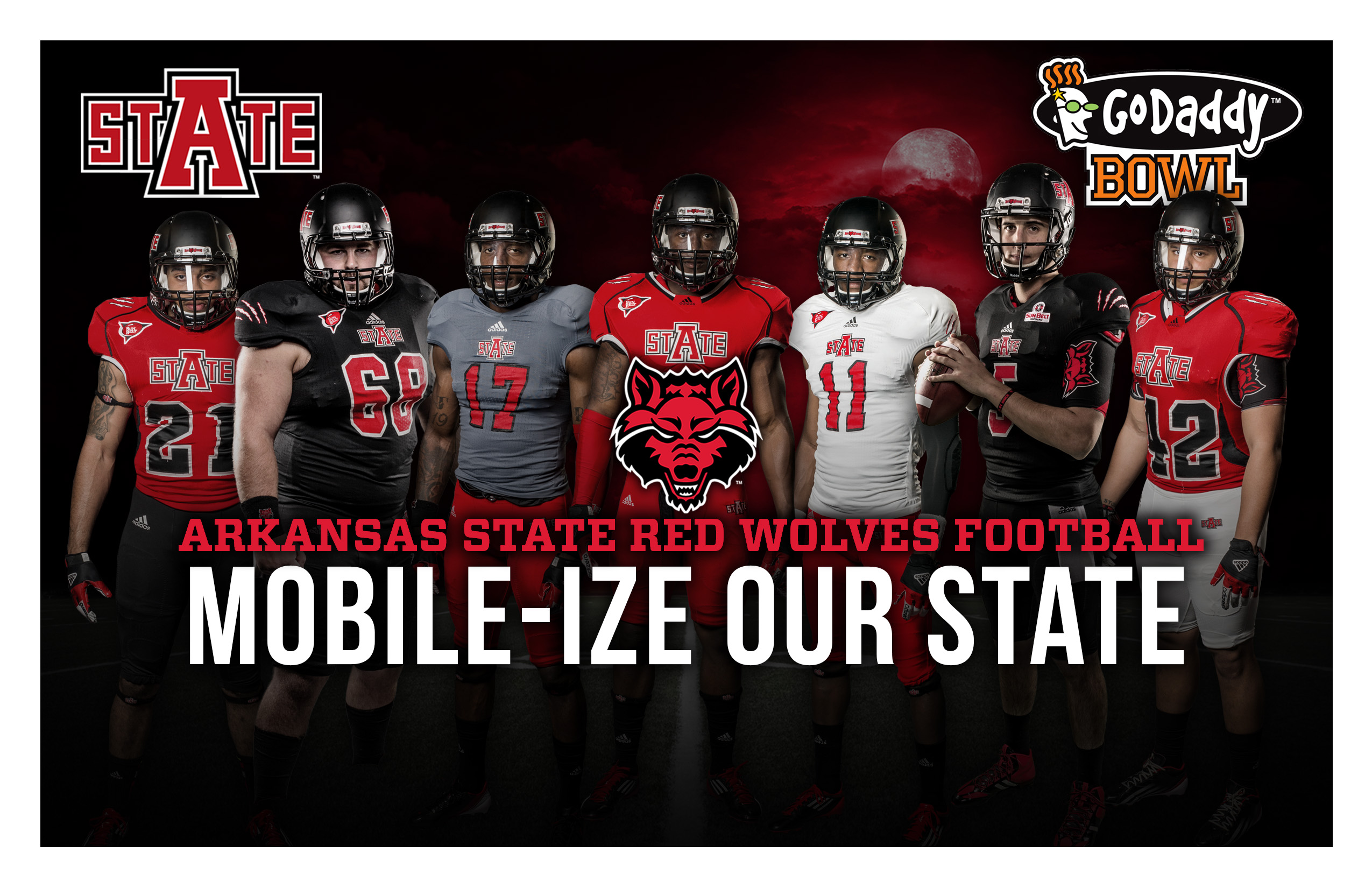