JONESBORO – Miss Arkansas State University Bailey Moses will walk the Miss America Pageant stage this week to accept an award.  It won't be a crown, but Moses will treasure it for what it means for the children of Arkansas.

A senior from Cabot, Moses has helped raised more than $19,000 for Arkansas Children's Hospital, a member of the Children's Miracle Network.

The Miss America Pageant will recognize the top three fundraisers for Children's Miracle Network Hospitals among the contestants in all Miss America Pageant preliminaries, including the Miss Arkansas Pageant.  Although Moses finished as third runner-up and does not get to compete as Miss Arkansas, she has this special opportunity to focus on children's special medical needs and represent her university on a national stage.

"I will never forget Eloise and I being at a Miss Arkansas rehearsal," Moses recalled, "and she stopped me to say 'So, I’ve been thinking about my platform and when I am old enough to compete, I know I want it to be Children’s Miracle Network so I can help boys and girls like me.' "

This is the first year for the national pageant to recognize on the Boardwalk Hall stage the top fundraisers for Children's Miracle Network Hospitals, Miss America's platform.

"This Wednesday in Atlantic City will be a moment to share with America how a little girl who was born with only half a heart made such an impact on a little community," Moses explained.  "Even though she is no longer with us, she continues to help 'boys and girls like her,' just as she wanted."

The first "Walk for Wheezy" was in February, with family friends Darcy and Zoe Eddington teaming up with the third grader's mother, Sarah Owen, and Moses to raise support for Arkansas Children's Hospital, a Children's Miracle Network Hospital in Little Rock.

Wheezy loved to be on stage, especially playing parts in high school plays in which Moses was involved, and in dance school recitals.  She also was a fierce competitor in basketball and volleyball.  She was an Arkansas Children's Hospital patient before losing her battle to overcome the challenges she faced because of her defective heart.

As Miss A-State, Moses is continuing to carry out her platform of "Suitcases for Kids: Advocacy for Foster Care Children."  She is majoring in strategic communication, with a double emphasis in public relations and social media management and a minor in marketing. 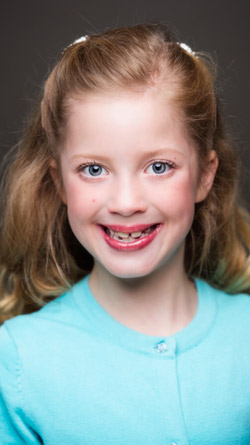 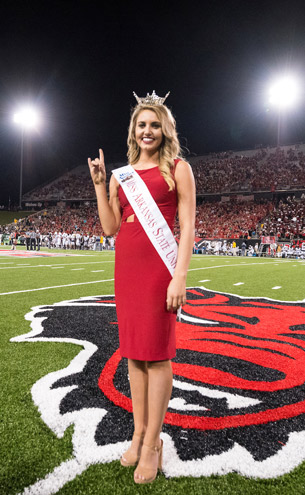