JONESBORO – Alumnus and former Army officer Frederick C. Turner, the first African American to serve on faculty at Arkansas State University, will be honored in perpetuity following action today by the ASU System Board of Trustees. 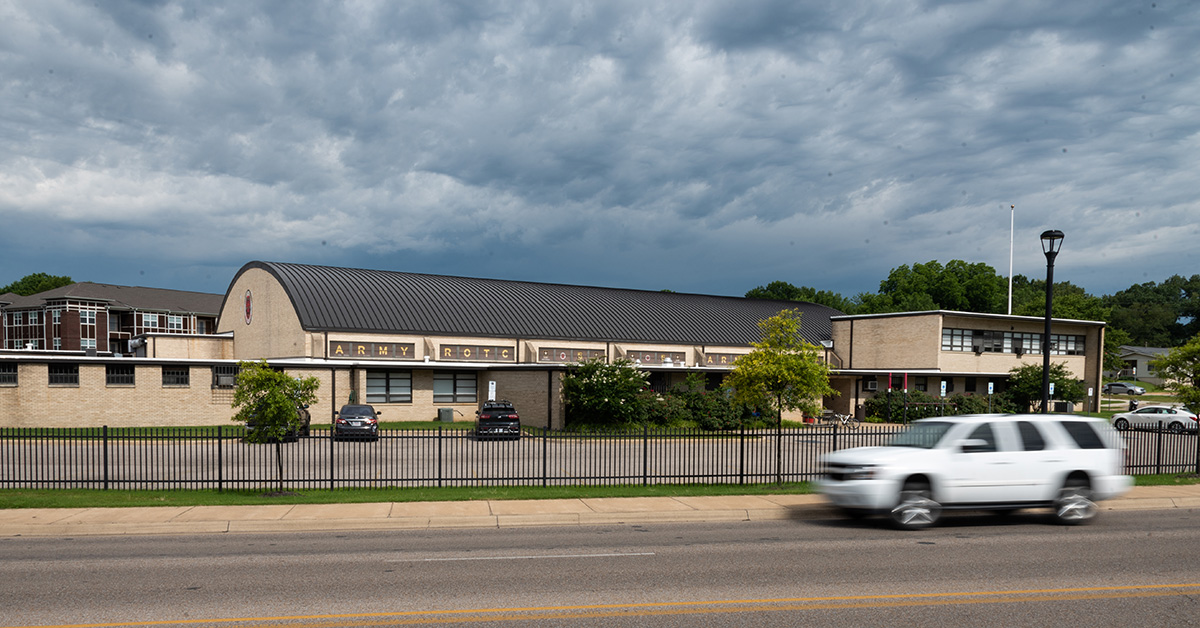 The seven-member board voted unanimously to name the building in response to an A-State Student Government Association initiative.

“As one of the first African American students to step foot on this campus and to later join as the first African American staff member in military science, Mr. Turner has done more than money can buy and has paved the way for a more diverse and inclusive Arkansas State University,” said Rashad Kirksey, who led the movement to name the building while he was serving as SGA president.

“A true pioneer, Lt. Col. Turner pushed through institutional barriers that were deemed impossible to break in the 1950s, and we see as a result of that a university where African American students can thrive and achieve quality higher education and a foundation for a successful and impactful life. This honor is timely and well deserved. I am elated to have been able to push for the renaming with my staff, administration, Lt. Col. Joseph Loar, and Mr. Nathan Wheaton,” Kirksey added.

A native of North Little Rock, Turner earned a bachelor’s degree in education and his infantry officer commission through ROTC at A-State in 1960 and his master’s degree in education in 1972. Following service in the Army, he returned to his alma mater to teach, helping prepare other students who eventually would enter military service as commissioned officers.

In a pair of statements read by Kirksey at the board meeting, the Turner family expressed their gratitude for the honor.

“As I have traveled the world since graduating from Arkansas State, it has been my privilege to hold high this university,” Turner wrote. “I continue to do so during the twilight of my life. Thank you for considering me for this great honor.”

“My father is truly an extraordinary American, veteran, man, and father,” his daughter, Dr. Debbye Turner Bell said. “His life of service to his country and his community is testament to the character, integrity, and valor nurtured in him from a young boy. He served his country with honor. He has lived his life with passion and excellence. I am immensely proud of him and proud to be his daughter. I am humbled by this effort to rename the Military Science Building in his honor.”

Chancellor Kelly Damphousse expressed his support for the SGA’s advocacy for the naming.

“Naming the Military Science Building after LTC Turner is part of an ongoing effort to acknowledge the incredible impact that pathbreaking faculty members have had on our campus. As the first Black faculty member on our campus, LTC Turner served (and continues to serve) as an inspiration to A-State students,” he said. “As Rashad said at today’s Board meeting, it is empowering for students of color to see professors and administrators who look like them.”

While the university will plan a dedication event in the fall when the Turner family can return to campus, Chancellor Damphousse said the university will start the process of changing signage and updating campus maps and promotional materials to reflect the Turner Military Science Building as soon as practical.

“As the home of the Red Wolf Battalion for the U.S. Army’s ROTC, the Turner Military Science Building is part of the largest on-campus ROTC training facility in our state and among the largest in the country,” Damphousse also said. “The Turner building will take on additional roles with our general student body and with our community relations in the upcoming year.”

As one of the first two African American graduates at A-State, Turner also is one of two individuals for whom the Strong-Turner Chapter of the Arkansas State University Alumni Association is named. The other namesake is Walter Strong, who with Turner and Larry Williams entered then-Arkansas State College in the 1950s as the institution’s first African American students.

During A-State’s centennial year in 2009, the Alumni Association published a commemorative issue, “100 Years, 100 Voices,” of its Voices magazine, featuring 100 individuals who played key roles in the institution’s development. The article on Turner recalled the circumstances of his admission to A-State, and counted these students among the “trailblazers who quietly led social change.”

Inducted into the ROTC Hall of Heroes in 1995, his citation notes Turner served three combat tours in Vietnam where he commanded a detachment of Armed Door Gunners and a company in the 27th Infantry (Wolfhounds) Regiment of the 25th Infantry Division, and served as a senior adviser to South Vietnamese Regional and Popular Forces. During this time he received the Combat Infantry Badge and was twice awarded the Bronze Star Medal. He went on to serve as the commander of U.S. Army Forces at Supreme Headquarters Allied Powers Europe (SHAPE), in Belgium, and then as a member of the faculty and staff of the Command and General Staff College at Leavenworth, Kansas.