JONESBORO – Arkansas State University's Sound of the Natural State will share its halftime show Saturday, Sept. 21, with 20 band programs from across the Mid-South in recognition of Band Day at Centennial Bank Stadium, according to Dr. Steven R. Riley, director of athletic bands.

Combined, the show will feature more than 800 band members on the field.  With a 6 p.m. kickoff for the Red Wolves football game with Southern Illinois, the halftime show is expected to begin around 7:30 p.m.

Starting in the early afternoon, hundreds of student-musicians from these school band programs will have approximately two hours to practice with The Sound of the Natural State to finalize their halftime performance.

With a halftime theme of “Friends and Family,” the performance will feature songs such as Randy Newman’s “You’ve Got a Friend in Me” from "Toy Story" as well as Sister Sledge’s hit, “We are Family.” 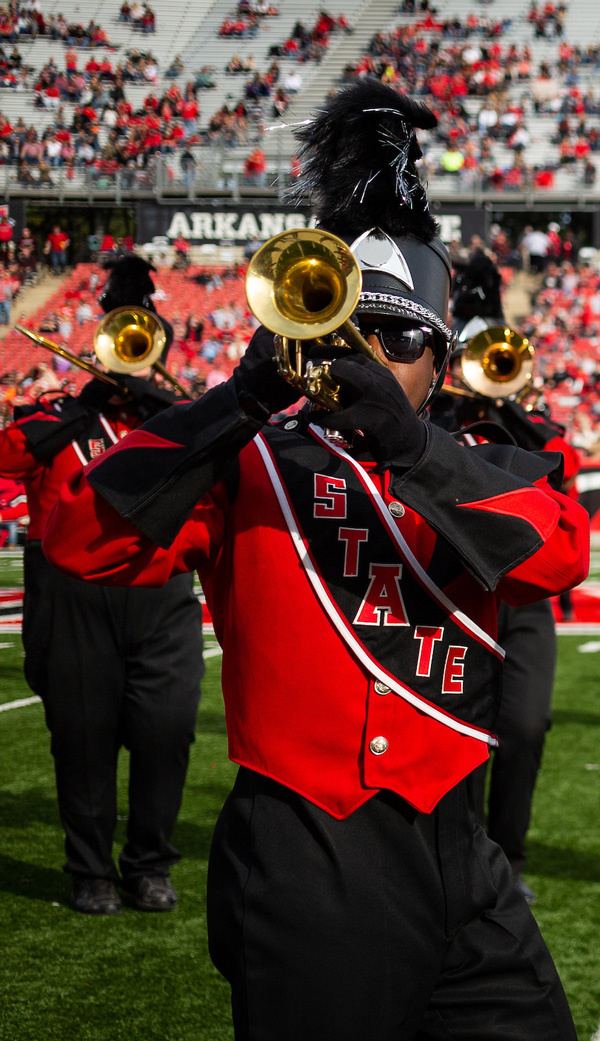