08/13/2015
JONESBORO – Dr. Brad Rawlins, dean of the College of Media and Communication at Arkansas State University, was installed as the president of the Association of Schools of Journalism and Mass Communication (ASJMC) Friday, Aug. 7, at the annual conference of the Association for Education in Journalism and Mass Communication (AEJMC) held in San Francisco.
ASJMC is composed of 150 journalism and mass communication programs in the United States and six other countries. It was founded in 1917 and primarily serves administrators of these programs to help foster high standards and practices, cooperate with professional organizations to raise standards and facilitate understanding, and support the accreditation process of journalism and mass communication programs.  Each year the association holds a workshop for administrators, which Rawlins planned and chaired last February in Tampa, Fla.
Rawlins previously served as the vice president and president-elect of the organization before assuming the president’s position.  He will serve a one-year term as president.   Rawlins has been an active member of ASJMC since 2009 and of AEJMC since 1992.
A-State has a tradition of leadership in this top association for administrators in journalism and mass communication.   Previously, Dr. Russell Shain and Dr. Robert Hoskins, both former deans of the College of Communications at A-State, served as presidents of ASJMC.
“I’m honored that my peers, who are program administrators from the finest JMC programs in the country, have confidence in my ability to lead this association for the next year,” said Rawlins.  "It’s also great recognition for Arkansas State to have had three of its communications deans serve in this capacity over the years."
# # # 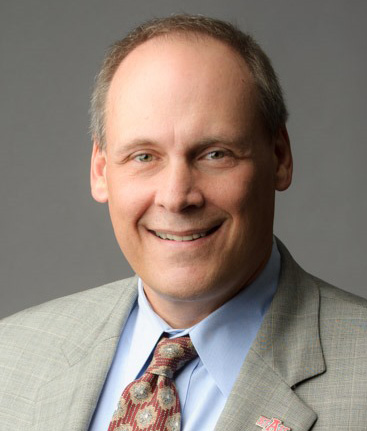