JONESBORO -- Arkansas State University’s Office of Marketing and Communications won nine awards, including four gold and five silver, in the annual competition conducted by the Council for Advancement and Support of Education (CASE), District IV.

“To have our design and visual professionals recognized by their peers is a great compliment about the work they do every day to communicate to our students, faculty and staff, alumni and community," stated Dr. Bill Smith, executive director of Marketing and Communications. “They make everyone associated with Arkansas State proud.”

CASE is an international association of professionals who work for the advancement of educational institutions.  A-State’s entries competed with those from CASE member universities and colleges in Arkansas, Louisiana, Texas, Oklahoma and New Mexico, the five states comprising District IV.  The annual conference and awards presentation were in Dallas.

Arkansas State won golds in three design categories and a fourth in photography.

The A-State Theatre Season poster series earned a gold in the category of "design – posters."  The posters advertised the various productions planned for the 2015-16 academic year.

In "design – illustrations," the PCS group won for "A-State Football Uniform Evolution," which showed how the team uniforms have changed over the course of the program's history.  This entry was particularly unique because members of the publications staff hand-drew and hand-colored the uniform art, based on their research.  Incorporating actual numbers from top players and mascots from across the years, the poster was a key element of the Athletic Department's promotional efforts for football's centennial season.

A-State earned a third gold in "design – special pieces" for an entry called "The Big Check," which was produced for student recruitment presentations at area schools.

The fourth gold, for a photograph titled "Nothing He Can't Catch," featured senior football player J.D. McKissic, who went on to set a conference all-time career pass reception record last season.  The photo won in the "digital or computer-enhanced image" competition.

In the "color photography – campus environment" category, a photograph from the annual Order of the Pack ceremony titled "No Dampening Our Spirit" was a silver award winner.  The photo illustrated a group of dedicated students who endured rainfall during the annual campus spirit event.

A photograph for athletics promotion, "Red Wolves Football – Back in Black" and a photograph for engineering, "Faculty Up Close – Engineering and Lasers" also won silver in "digital or computer-enhanced image" and "black and white photography," respectively.

A-State also received silver recognition the design categories of "admissions, recruitment, promotional literature," and "improvement." The entries were the "Be Known" view book, which was circulated for recruitment of high school students, and the "You're In" admit carrier/folder for recruited students who attained admission to A-State.  The carrier, which conveyed a sense of student life at A-State, holds multiple pieces of helpful information for incoming students. 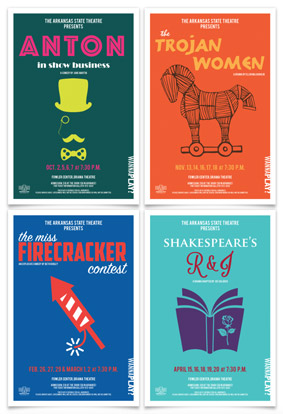 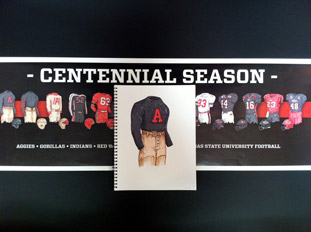 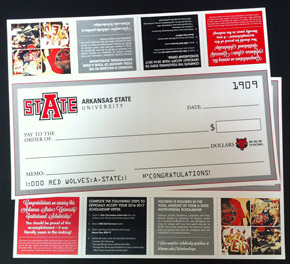 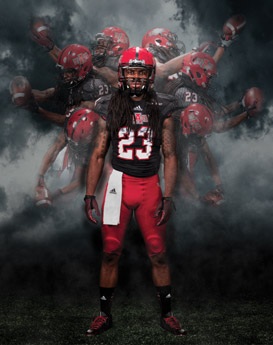 Gold: Nothing He Can't Catch