“I haven’t given it any thought!” proclaims Lowry. “I’ve never had any goals or plans. If I make a plan, I just end up changing my mind before I get to it. I’m really just trying to get through the day!”

And while Lowry may not be planning ahead, fans of great music may want to do just that. According to festival producer Bill Carter, tickets for this year’s show are selling fast, and in fact outpacing any other show to date.

“We are really pleased at the reaction to the concert. Tickets are moving fast, and I have no doubt this concert is going to be a sell-out,” Carter said.

But the laugh-out-loud funny Lowry, who recently ended his second long stint with Southern Gospel luminary Bill Gaither’s Gaither Vocal Band in order to advance his solo career, does indeed look forward to the Cash Fest.

“It ought to be a lot of fun,” says Lowry. “I know Loretta and love Reba—and am so excited to meet her. I’m just glad that [Cash Fest concert producer and festival founder] Bill Carter asked me to do it.”

And while Lowry will be standing in front of a different crowd than his usual Southern Gospel audience, he’s not at all concerned.

“I’ve never performed before a country music crowd,” he explains, “but country and gospel are really kissing cousins.”

In fact, Lowry has just discovered—and is about to record—pop/country singer-songwriter Beth Nielsen Chapman’s poignant “How We Love.”

“I’m recording it tomorrow,” he says, “and I’m making a new album mainly because of that song. I’ve just got to try to find nine more that are that good—though one of them will be [late Southern Gospel great] Dottie Rambo’s ‘He Looked Beyond My Fault and Saw My Need.’”

He recites to opening lyric to “How We Love”: “Life has taught me this/Every day is new/And if anything is true/All that matters when we’re through/Is how we loved.”

“[Southern Gospel star] Cynthia Clawson came to the house and sang it, and I was half-listening--as I always do with my ADD—and I just fell on the floor! It’s such a great lyric—my whole body is in pimples right now!”

As for the rest of Lowry’s projected album, don’t expect a theme.

“I never have a theme!” he maintains, then anoints himself “the Johnny Mathis of gospel music.”

“If it’s a great song, I cover it,” says Lowry. “My people don’t know who Beth Nielsen Chapman is, but to me ‘How We Love’ is a gospel song! Isn’t that what Jesus said, ‘Love your neighbor as yourself’?”

And while Lowry never got the chance to meet Johnny Cash, he’s greatly touched both by the Man in Black’s humanity and spirituality—not to mention musical talent.

“He was a great songwriter and a legend, and a man like [late Southern Gospel great] J.D. Sumner—who didn’t care what people thought about him! He just lived his life and was honest about it. He loved God, and admitted that he was totally human—which all of us should do. A broken pot spills more water, I always say—and he was a broken pot and spilled a lot of water!”

Lowry relates a parable regarding “one little old pot, which held all the water,” and another that was cracked and spilled its contents.

“One day this guy was carrying them on his shoulders like they used to do in olden days, and as he walked the cracked pot spilled all the water—but look at all the flowers that grew along the way!” he says, adding, “I know this doesn’t sound like a comedian, but you never help people by showing your trophies, but by showing your scars.”

One final story from Lowry, however, does sound like a comedian.

“I broke my femur a year ago,” he says. “I’d taken an Ambien at home and fell asleep on the couch, and then fell like an old person and broke my femur—which is something you never want to do! So I told this to Loretta, and she said, ‘What’s a femur? Why didn’t you just say ‘thigh bone’?” 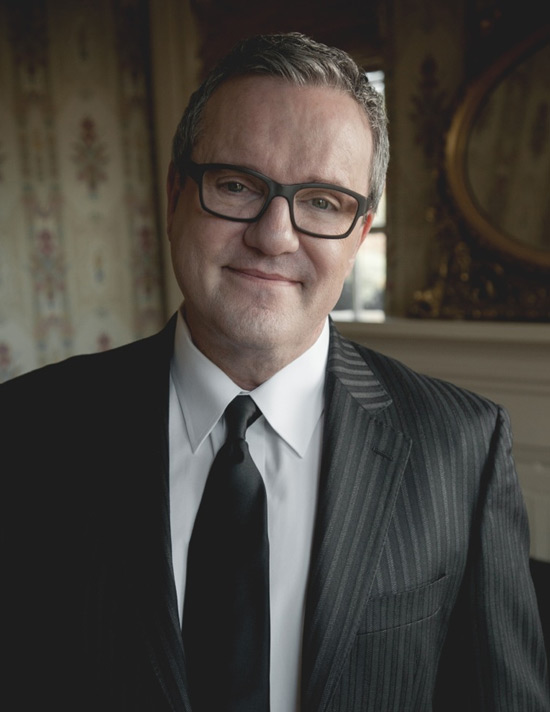