The concert will begin at 7:30 p.m. in the Recital Hall of the Fine Arts Center, 2412 Quapaw Way.  Admission is free to this and all Lecture-Concert Series events.

“Mr. Díaz-Latorre's concert provides a very rare opportunity to hear the baroque guitar played by one of the world's finest early music musicians,” Crist commented.  “The baroque guitar's novel and unique tuning results in cascading scalar lines that resemble harp glissandi.  Members of the A-State Guitar Guild could not be more delighted in having Mr. Díaz-Latorre perform on our campus for our community to enjoy.”

A native of Spain, Díaz-Latorre has given concerts at major venues around the world, including Carnegie Hall in New York, Covent Garden in London, the Palau de la Música Catalana in Barcelona, and the Konzerthaus in Berlin.

“Furthering the impact of his visit to A-State, Mr. Díaz-Latorre also will conduct music ensemble coaching sessions, hold classes, and give private lessons with A-State students and faculty,” Crist continued.  “We are tremendously grateful and appreciative of A-State's Diversity Initiatives Program for their support of this event.”

Laberintos Ingeniosos is Díaz-Latorre’s vocal-instrumental ensemble, which he has taken to a number of different countries.  He has made more than 30 recordings for international CD labels. He teaches early plucked instruments, chamber music, and bass continuo at the Escola Superior de Música de Catalunya.

The program at Arkansas State will be presented with campus funding support from A-State’s Diversity Initiatives Program, Department of Music, College of Fine Arts, and Guitar Guild. 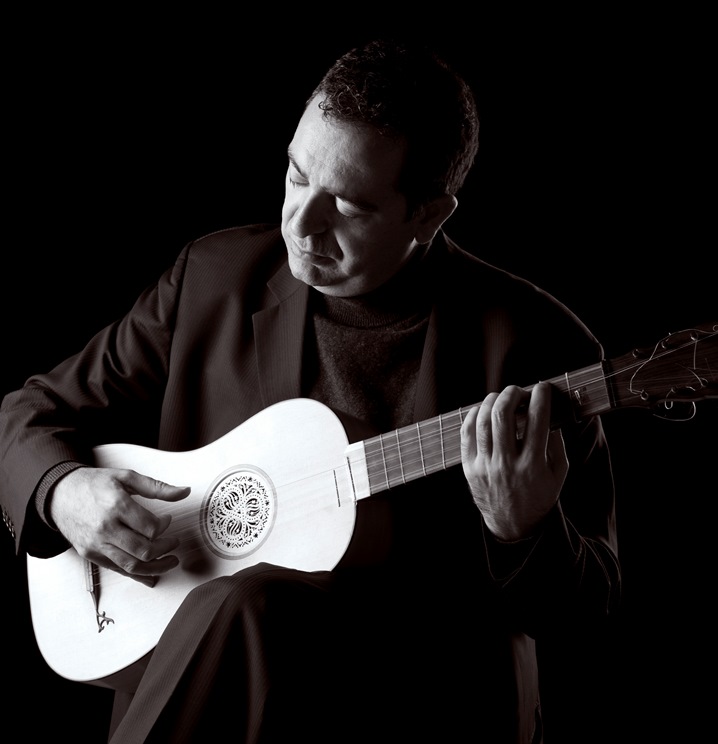 "Members of the A-State Guitar Guild could not be more delighted in having Mr. Díaz-Latorre perform on our campus . . . "