LAKE VILLAGE, Ark. — “The Other Lycurgus Johnson: U.S. Colored Troops and Civil War Pension Files in the Delta” will wrap up the Lakeport Legacies series, Thursday, Aug. 25, at 6 p.m. The monthly history talk at Lakeport Plantation will feature Dr. Blake Wintory, director of the Lakeport Plantation, who will discuss on-going research on the lives of former enslaved laborers in Chicot County, Ark. and Washington County, Miss.

Lakeport Legacies is a monthly history talk held on the last Thursday of each month at the Lakeport Plantation during the spring and summer months. Each month a topic from the Delta region is featured.

The event is free of charge and is in the dining room of the Lakeport Plantation house, located near the Greenville Bridge at 601 Hwy 142, in Lake Village. For more information and to RSVP, contact Dr. Wintory at (870) 265-6031, or by email at bwintory@astate.edu.

During the Civil War, nearly 200,000 African-American men served in the Union Army, with over 47,000 coming from Arkansas, Louisiana and Mississippi. Many of these men and their families filed for pensions from the federal government. Those files, often filled with interviews with family, friends, comrades and former owners, can be a trove of information on 19th century African-American life, sometimes providing complete life histories for former enslaved laborers.

"Many of the interviews for pensions took place in the 1880s and 1890s—years before the Works Progress Administration (WPA) slave narratives,” explained Wintory. “When we can find pensions for former slaves at Lakeport or nearby plantations, we can learn a lot of local history that is simply not available anywhere else."

Among the pensions examined by Wintory is one for a man named Lycurgus Johnson. Lycurgus, a contemporary who happened to share the name of Lakeport’s owner, enlisted at Lake Providence, La., on May 5, 1863 in Company D of 8th Louisiana Regiment Infantry (African descent). Sgt. Johnson died of tuberculosis just over a year later on July 20, 1864, in Vicksburg.

Lycurgus’ widow, Mary, in a 1900 interview, revealed she and Lycurgus were slaves on Edward P. Johnson’s Avon Plantation on Lake Washington. Edward Johnson and Lakeport’s Lycurgus were first cousins. She arrived on the plantation as a “mere child,” while Lycurgus arrived from Kentucky around 1849 when he was likely in his early 20s.

He and Mary were married by “a slave-preacher long before the war on the Avon place and we lived together without separation ‘til Lycurgus Johnson enlisted,” she recalled.

Mary was a house servant and Lycurgus worked around the house. He would “drive the wagon and did things that did not require heavy work” due to the illness that eventually took his life. The record also provides important details about plantation communities. For example, the file also includes interviews with two other slaves on the Avon Plantation, Matt Harris and Downing Williams, and an affidavit signed by the slave preacher, Hilliard Holmes, who married the couple in 1850.

The Lakeport Plantation is an Arkansas State University Heritage Site. Constructed circa 1859, Lakeport is one of Arkansas's premier historic structures and still retains many of its original finishes and architectural details. Open to the public since 2007, Lakeport researches and interprets the people and cultures that shaped plantation life in the Mississippi River Delta, focusing on the Antebellum, Civil War and Reconstruction periods. 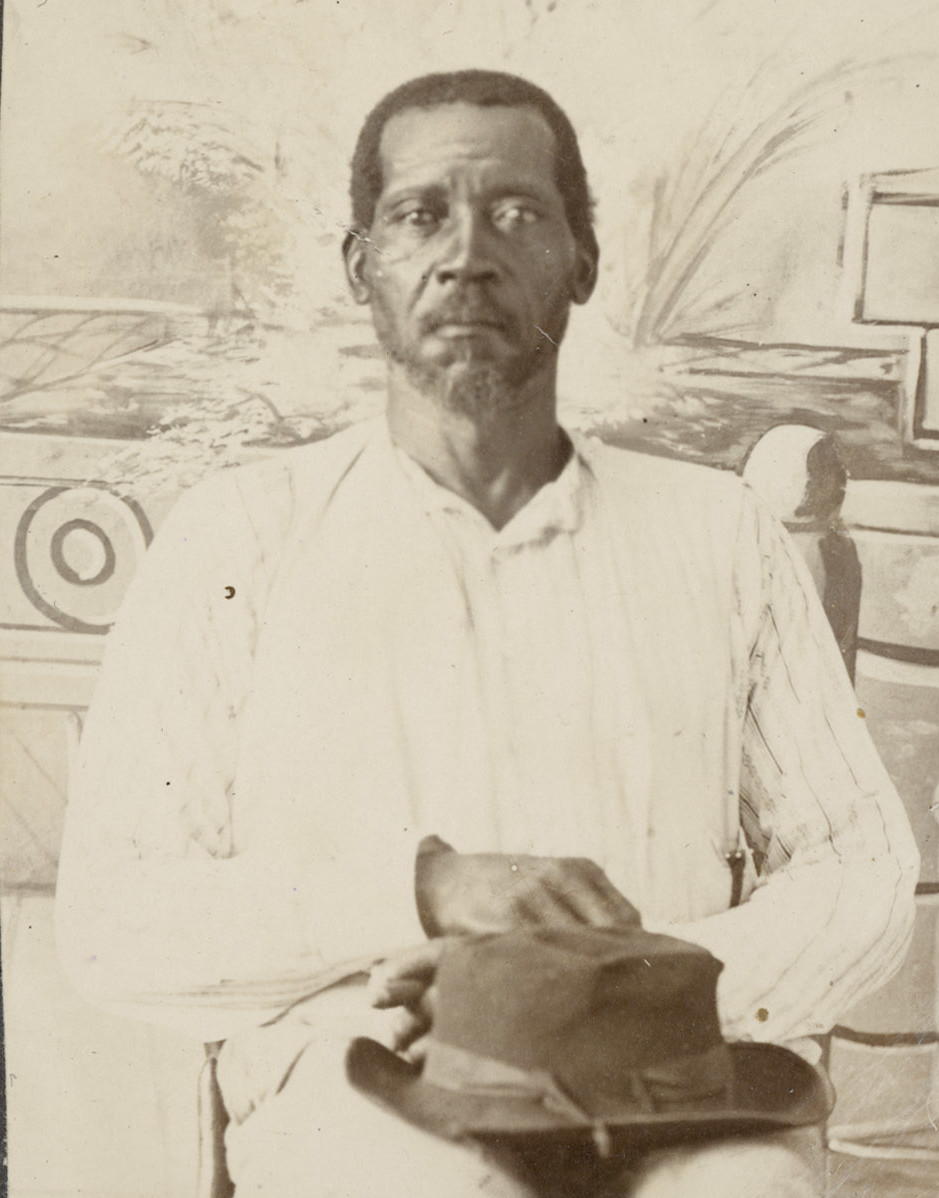 Pension files sometimes contain photographs of claimants, like this attached one of John Gordon who joined the 11th Louisiana Infantry in 1863. Gordon was a slave on George Falls plantation on Deer Creek in Washington County, Miss.