JONESBORO – The Kays Foundation has announced its approval of a $3,000 grant to Dr. Richard Grippo, professor of environmental biology at Arkansas State University.

The foundation awarded the matching grant to assist Grippo with his research project, "Mangroves as Nurseries for Caribbean Coral Reef Fish."

Grippo wants to develop a pilot project that will use fish survey methods to compare coral reefs near and distant from natural stands of mangroves.

"The support from the Kays Foundation will allow me to address a very important question in marine science, 'Do mangrove forests serve as nurseries for coral reef fishes?' while simultaneously allowing me to train A-State undergraduates in field research in an international ocean environment," Grippo said.

The proposed research involves travel with A-State undergraduates to St. John, U.S. Virgin Islands, to collect research data that provides evidence of such a link between Caribbean mangroves and coral reefs.

A member of the U.S. Environmental Protection Agency Science Advisory Board since last summer, Grippo joined the A‑State faculty in 1995.  He completed his Ph.D. at The Pennsylvania State University.

Terry Carty, executive vice president, said the grant is part of the Kays Foundation's ongoing commitment to assist the university through grants in support of projects that advance its academic, service and research missions.  The foundation board reviews grant requests annually. 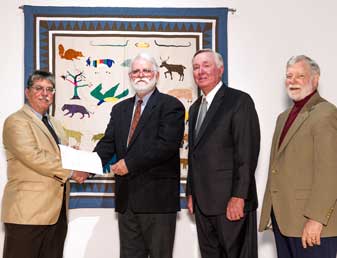 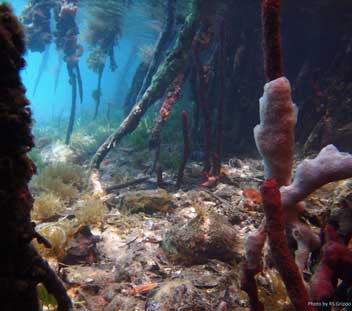