08/29/2013
JONESBORO, Ark. — Arkansas State University’s public radio station, KASU 91.9 FM, will present The Jokers for the next Bluesday Tuesday concert at the Newport Country Club, Sept. 10 at 7 p.m. The five-member band specializes in rock-and-roll music of the late 1950s through early ‘60s.
The Jokers started in Batesville in 1957 and broke up in 1959 when Jim Bone, the lead singer, went to college. They did not play again until 1983 when they played one time for a Junior Auxiliary fundraiser. After another 24-year break, the Jokers reunited in Batesville in 2007 and have been pleasing audiences since.
Making their second appearance at Bluesday Tuesday, The Jokers will feature Bone on rhythm guitar and vocals, Vaughn Riley on lead guitar, Butch Ketz on keyboard, Ken Loggains on drums and Derek Doyle filling in on bass guitar.  Vocalist Sarah Jo Roark will make a guest appearance with the band.
Bluesday Tuesday is a musical and social event at the Newport Country Club, 703 Walker Drive, on the second Tuesday night of each month.   The concert is free to the public and dancing is encouraged. Sponsors include ASU-Newport, C & C Distributors, and Harris Ford.  KASU will pass the hat for the band. Newport Country Club provides an optional buffet supper.
KASU station manager Mike Doyle said, “The Jokers band is sure to please fans of old-time rock and roll who love the special music of the pre-Beatles era. These musicians love to play those ever-popular songs and instrumentals.”
For more information about KASU’s community music events, contact Doyle at 870-972-3486 or e-mail mdoyle@astate.edu.
KASU, 91.9 FM, is the 100,000-watt public broadcasting service of Arkansas State University in Jonesboro. 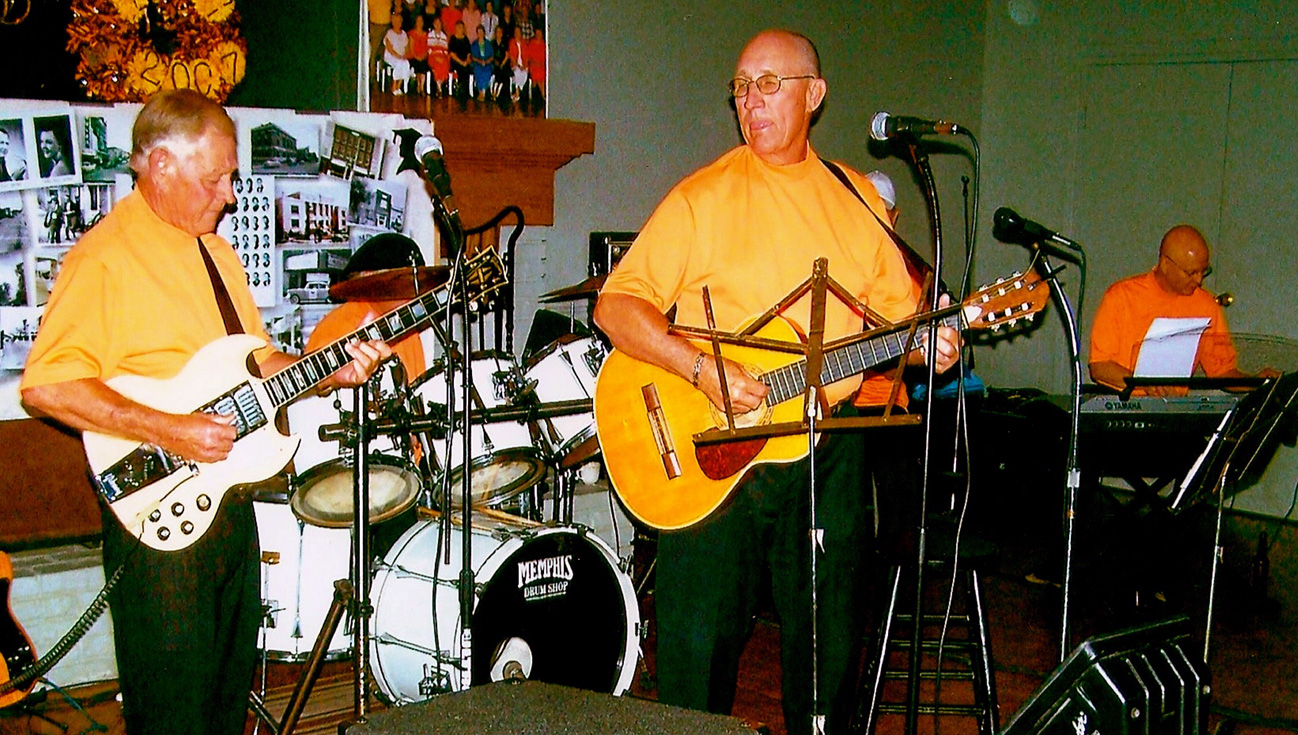