JONESBORO — Singer and guitarist Jim Hurst will open the 2016 season of Coffee House Concerts, Thursday, March 17, at 7 p.m. at 311 S. Church Street in Jonesboro. KASU 91.9 FM, the public broadcasting service of Arkansas State University, and The Arts at 311, a meeting place for those who appreciate and support local arts, present the series.

Admission is $10 when doors open at 6:30 p.m. the night of the performance, or may be purchased in advance at the office of Dr. Carl Abraham of Jonesboro Infectious Disease and Control Consultants (IDCC), 311 S. Church Street, Suite C, between 1-4:30 p.m., Monday through Thursday.

KASU station manager Mike Doyle said, “Jim Hurst will present a program that appeals to eclectic musical tastes including blues standards, traditional folk and country ballads, and some jazzy tunes. In 2014, he became the only solo artist we had ever booked for Bluegrass Monday in Paragould, and he delighted the Collins Theater audience that night. You’ll want to see him in the intimate atmosphere of the Arts at 311.”

Hurst began playing the guitar at the age of four and developed his own style based on the styles of legendary flat-pickers Tony Rice and Doc Watson and finger-style guitarists Merle Travis and Chet Atkins.

After moving to Nashville, Tenn., in 1988 to pursue a career in music, Hurst soon joined country music singer Holly Dunn's band Rio for his first performance at the Grand Ole Opry.

Hurst then toured with country singer Trisha Yearwood and her band, and also worked with Sara Evans on her album, "No Place That Far," contributing both vocal and guitar talent.

Starting in 1995, Hurst began performing in the Grammy-nominated band, Claire Lynch and the Front Porch String Band, with whom he continued to work for the next 15 years. He and Lynch's bassist, Missy Raines, also recorded two albums together—“Two” and “Synergy”—and performed at several bluegrass venues together.

The International Bluegrass Music Association twice named Hurst “Guitar Player of the Year” in 2001 and 2002. He was nominated for the same award in 2015.

Currently, he is performing his music both nationally and internationally in concerts that showcase his talent as an esteemed bluegrass vocalist and guitarist. He also performs as the guitarist for the David Grisman Folk/Jazz Trio that has appeared recently on the PBS television program “Bluegrass Underground.”

For more information about Jim Hurst and his music, visit http://www.jimhurst.com. 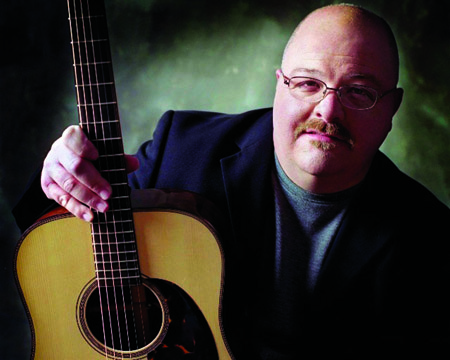