Jeong Elected to Grade of Fellow by Engineers Society

JONESBORO – Dr. Kwangkook (David) Jeong, a faculty member in the College of Engineering and Computer Science at Arkansas State University, has been elected to the grade of Fellow of the American Society of Mechanical Engineers (ASME).

Selection begins with a formal nomination, which is reviewed by the Committee of ASME Past Presidents.  Conferral of the grade of Fellow is based on the candidate's engineering achievements.

Jeong, who joined A-State's engineering faculty in 2010, was promoted to full professor of mechanical engineering by action of the Board of Trustees last week.

"I am so humbled to attain such an honorable distinction," Jeong stated.  "With ASME, I was able to grow my professional career and associations for the past 10 years.  I am so happy to be recognized for all of my teaching and research that I have done at Arkansas State University.   I hope this will have a positive impact on the reputation of engineering at A-State and especially the College of Engineering and Computer Science. My appreciation goes out to Dean Abhijit Bhattacharyya, my colleagues and students who have helped me reach this achievement."

The membership of ASME stands at about 83,000, of which about 4% are in the select group of Fellows. The state of Arkansas has 13 ASME Fellows, with the first fellow attaining this grade back in 1987.

"Dr. Jeong has been conferred this honor based on his significant contributions to education and research," stated Dr. Abhijit Bhattacharyya, dean of the college.  "He is an outstanding educator and researcher."

Past faculty adviser of the student chapter of ASME (2012-2014) and the current faculty adviser of the student chapter of the American Society of Heating, Refrigeration and Air-Conditioning Engineers (ASHRAE) from 2011, Jeong also chairs the Industry Relations Committee and has led the effort to organize 60 industrial visits for 1,000 engineering students over the last 10 years.  Over the same period, he has generated $2.1 million in funding from the public and private sector.

Jeong has acquired two utility patents while at Arkansas State. Concentrating his research in the fluid and thermal sciences, Jeong's scientific contributions in water and acid condensation modeling have played a critical role in developing fuel and energy equipment for saving fresh water consumption and implementing plant efficiencies.

Jeong earned his Ph.D. in mechanical engineering at Lehigh University. 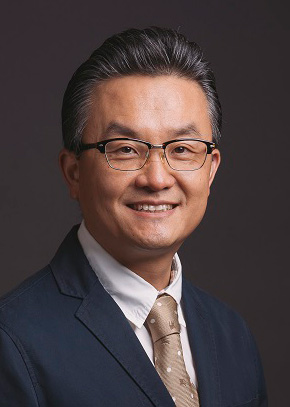