JONESBORO – The Jonesboro Jazz Writers Big Band will present a concert on Sunday, June 1, at 3 p.m. in the Donald R. Minx Rehearsal Hall on the Arkansas State University campus.

This performance will be the third concert for this band, having performed this past summer and fall.  The Donald R. Minx Rehearsal Hall is the university band room located in the south hall of the Fine Arts Center, 2412 Quapaw Way.

This concert is free and open to the public.

This organization is unique in that “we play music written by band members for this big band,” said Dr. Tom O’Connor, co-leader of the JWBB.  The original idea for this group came from Dr. Don Bowyer, dean of the College of Fine Arts and co-leader of the group.

This concert will feature compositions and arrangements by O’Connor, Bowyer and Joseph Curtis. 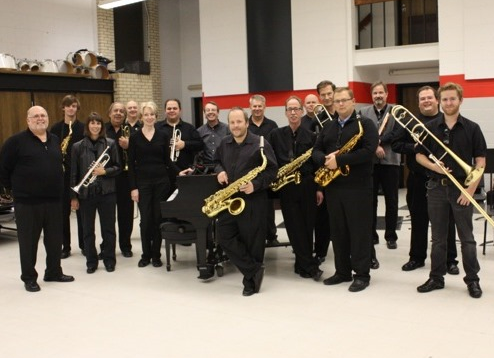