JONESBORO — Dr. Paul Sikkel, an associate professor of biology and a field marine biologist at Arkansas State University, has co-written a manuscript that was published in PLOS ONE, a top scientific journal that covers research from science and medical disciplines.

The study explores the low susceptibility of invasive red lionfish (Pterois volitans) to a generalist ectoparasite in both its introduced and native ranges. Sikkel’s team’s material appeared in the May 5, 2014 issue. 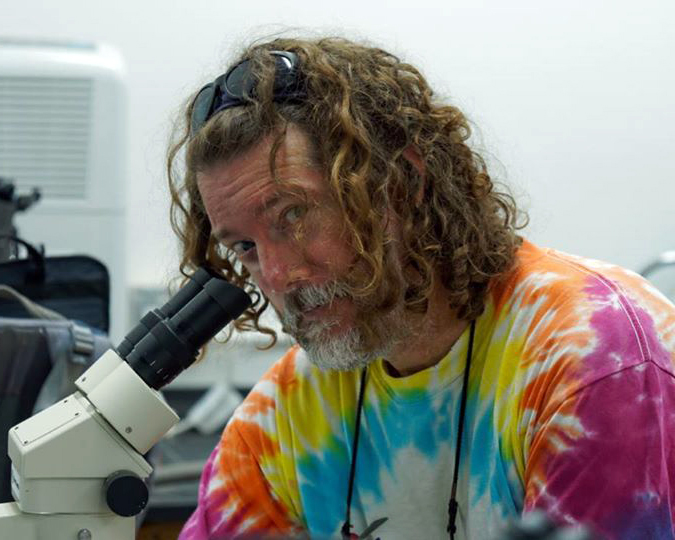 “Red lionfish have invaded the tropical western Atlantic after being introduced from the Indo-Pacific,” said Sikkel. “While this invasion has been quite destructive, it has also created research opportunities for marine ecologists. Indeed, prior to its invasion, there was little interest and few papers published on the biology of lionfish.

“By conducting parallel experiments in both the Caribbean and Philippines (part of the native range of lionfish), the researchers found that lionfish were much less susceptible to parasitic gnathiid isopods in both their introduced and native ranges compared with other species of reef fish. Why lionfish are so resistant to these abundant reef parasites remains unclear, but it could give them some distinct advantages.”

Sikkel is the primary author of the manuscript with the aid of Arkansas State 2013 graduate Ann Marie Coile of Fairhope, Ala.; Lillian J. Tuttle of Oregon State University; Katherine Cure of the Marine Laboratory at the University of Guam in Mangilao, Guam and the University of Western Australia in Crawley, Australia; and Mark A. Hixon from the University of Hawaii at Manoa, Honolulu, Hawaii. The research is supported by the U.S. National Science Foundation.

In 2012, Sikkel and his research team discovered a small crustacean that infests certain fish that inhabit the coral reefs of the eastern Caribbean. He named the species—the first new species  of gnathiid isopod identified in the Caribbean in more than two decades—Gnathia marleyi after Jamaican reggae legend Bob Marley.

Word of Sikkel’s discovery was soon heard around the world and the professor found himself in the middle of media frenzy. Interview requests came from science magazines, newspapers, television stations, radio talk shows and other media outlets. All of a sudden, Sikkel was sandwiching time for interviews between his teaching duties and diving research time.

But, Sikkel doesn’t mind one bit giving up that precious time if it means helping to enlighten the world about the sea creatures that fascinate him and the complexity and importance of coral reefs.

The publicity generated interest in Arkansas State University, its emerging marine science program, the science and the work marine scientists are doing and the opportunities available to current and prospective students. And, the discovery of Gnathia marleyi highlighted other studies on the ecology of host-parasite interactions in the Caribbean being conducted by the research team, including studies on the interactions between parasites and invasive species.