JONESBORO – Dr. Cherisse Jones-Branch, associate professor of history, is recipient of the 2014 Letitia Woods Brown Book Award, given by the Association of Black Women Historians, for best book by a junior scholar in African American women's history.

The award was presented during the annual meeting of the Association for the Study of African American Life and History (ASALH) in Memphis.

"Crossing the Line: Women's Interracial Activism in South Carolina during and after World War II," was published by the University Press of Florida.

Jones-Branch's book chronicles efforts by women, both black and white, who were accustomed to a segregated society in South Carolina but worked both individually and collectively to change their state's unequal racial status quo.

" 'Crossing the Line' is an important story because it explores women's interracial activism in South Carolina, which has largely been overlooked in scholarship on the Civil Rights movement in that state," the author explained.

A member of the College of Humanities and Social Sciences faculty at A-State since 2003, Jones-Branch completed her bachelor's and master's degrees at the College of Charleston and her Ph.D. at Ohio State University.

"Dr. Cherisse Jones-Branch's award is well-deserved," added Dr. Joseph Key, chair of the Department of History.  " 'Crossing the Line' is a testament to her diligent research and excellent writing.  We are proud to have her as a member of the history faculty."

Jones-Branch explored the work of black women's organizations including the NAACP, the South Carolina Progressive Democratic Party, and the South Carolina Federation of Colored Women's Clubs.  At the same time, her book examines the involvement of white women in such groups as the YWCA and Church Women United.

In many ways, she concludes, black and white women’s interactions that crossed the racial divide in South Carolina helped set the groundwork for the broader civil rights movement of the 1960s and 1970s.

Jones-Branch also is project scholar for the traveling exhibit, "Changing America," currently on display in the Dean B. Ellis Library on campus. 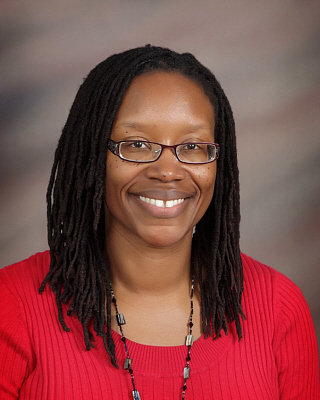 "In many ways  . . . black and white women’s interactions that crossed the racial divide in South Carolina helped set the groundwork for the broader civil rights movement of the 1960s and 1970s."