JONESBORO – Guest artist soprano Dr. Moon-Sook Park will present a recital on Sunday, Oct. 30, at 3 p.m. in the Fine Arts Center Recital Hall, sponsored by the Department of Music at Arkansas State University.  Faculty members Dr. Lauren Schack Clark and Matthew Carey will join her on stage.  This program is free and open to the public.

Works by Hugo Wolf will be performed, including music from "Lieder nach Gedichten von Johann Wolfgang von Goethe" and "Italienisches Liederbuch."  Carey will be alternating performances of this Wolf lieder.  Park also will be singing various pieces from her native Korea.  Some of these include “Pear Blossom Rain” by Won-Joo Lee, “Flowers in the Mountain” by Sun-Nam Kim, and “Ari Arirang” by Jung-Jun An.

Beginning her professional career in Europe with countless performances as a soloist, Park has presented music of various styles in numerous countries. She also won the coveted Bayreuth Stipend Award for extraordinary young artists.

Park joined the faculty of the University of Arkansas in 2012, having previously taught at Palm Beach Atlantic University and Seoul National University in Seoul.

She holds a DMA in voice performance and vocal pedagogy from the University of Cincinnati College-Conservatory of Music and graduate degrees from Freiburg, Saarbrücken, and Stuttgart music conservatories in Germany, a private diploma from the Academia di Canto F. Cavalli of Milan, and a BM from Seoul National University. Including her U. S. début solo recital at Carnegie Hall in 2001, Park continues to be an active performer and scholar in lecture recitals, concert music and master classes. 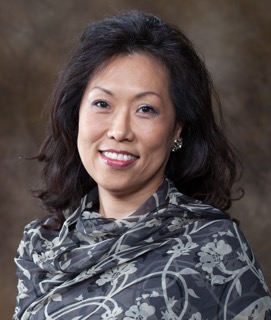