LITTLE ROCK — Gov. Mike Beebe today announced the appointment of Dr. Tim Langford of Little Rock, a 1983 alumnus of Arkansas State University and a recent member of the Arkansas Higher Education Coordinating Board, to a five-year term on the ASU Board of Trustees.

"From the moment Tim arrived in Jonesboro as a student athlete, his commitment to ASU has never wavered, and indeed has grown stronger along with his professional achievements," Beebe said. "His previous service to colleges and universities statewide shows his dedication to higher education, and now he will get to focus on the university that helped him succeed."

“I’m so grateful for the chance to serve the ASU System,” said Langford, whose wife, Terri, is also an A-State alumnus. “The momentum of Arkansas State and our community colleges is strong, and I’m excited about the opportunity to be part of it in this new role. I know that our best days are ahead.”

ASU System President Chuck Welch said Langford is a longtime supporter of the university who will be a valuable addition to the board.

“Dr. Langford has been an ambassador for Arkansas State for many years,” Welch said. “He exudes all the qualities you hope for from your alumni, from educational and professional success to an ongoing relationship with the university. I know that he cares deeply about his alma mater and will contribute to the continued growth of the ASU System as a trustee.”

Langford, who had served on the AHEC Board since 2012, is a prominent Little Rock urologist who serves as president of the board of Arkansas Urology and recently became chief of staff at Baptist Health Medical Center in Little Rock, the state’s largest hospital. He is a board member at Pulaski Academy in Little Rock and Arkansas Mutual Insurance Company of Little Rock.

Langford was an All-Southland Conference quarterback for Arkansas State from 1980-83 under former Head Coach Larry Lacewell and was a three-time Academic All-Southland Conference selection. In 2004, the Langfords donated $250,000 to the athletics program to help furnish and refurbish what is now the Tim and Terri Langford Sports Medicine Center. He was inducted into the A-State football Ring of Honor in 2008. 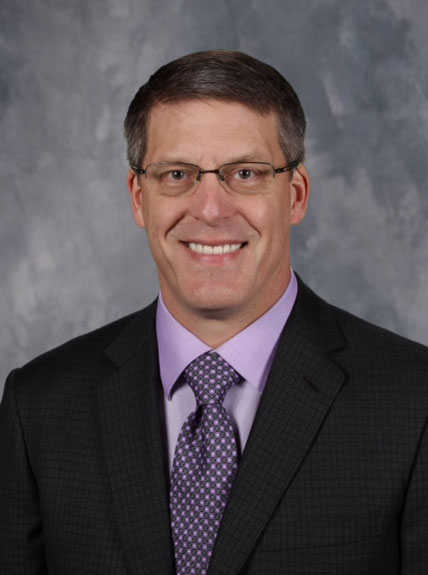