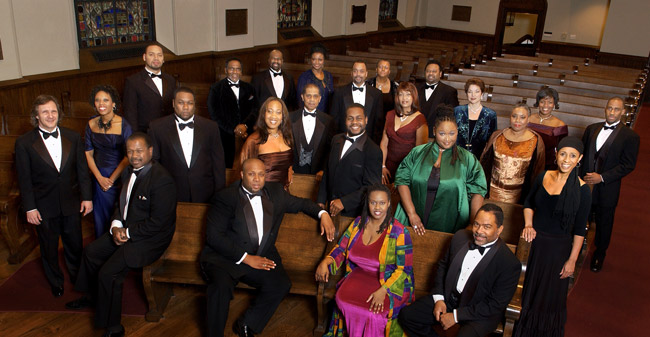 JONESBORO – Arkansas State University’s Fowler Center will present the American Spiritual Ensemble in the Riceland Distinguished Performance Series Tuesday, Jan. 16, at 7:30 p.m. (DESPITE WEATHER, THIS PERFORMANCE IS STILL ON FOR TONIGHT).

The American Spiritual Ensemble is a critically-acclaimed professional group composed of some of the finest singers in the classical music world, according to Dr. Michael Bowman, director of Fowler Center.

Founded by Everett McCorvey in 1995, the group has sung in theaters and opera houses around the world, including the Metropolitan Opera, New York City Opera, Houston Grand Opera, and abroad in Italy, Germany, Britain, Scotland, Spain and Japan.

The repertoire ranges from opera to spirituals to Broadway. The members of the American Spiritual Ensemble are soloists in their own right and the vocalists have thrilled audiences around the world with their dynamic renditions of classic spirituals, jazz and Broadway numbers.

The mission of the American Spiritual Ensemble is to keep the American Negro spiritual alive.  The group has presented diverse concerts throughout the United States, Europe and South America.

All seating is reserved. Individual tickets are $35 and $25 for adults, and $28 and $20 for senior citizens, students, and A-State faculty and staff, and $15 and $10 for A-State students with a current ID. Group discounts are available for groups of 15 or more.