JONESBORO – Arkansas State University extends sympathy to the family and friends of Don Floyd, who coached and served as director of athletics at A-State.

Floyd, who was 87, died Monday in Little Rock.  A native of Charleston, Ark., and an Army veteran, he earned a master's in education at A-State in 1964.

After coaching several years at Charleston and Stuttgart, Floyd came to Arkansas State to join Coach Bennie Ellender's staff as backfield coach.  In 1969 he was promoted to director of athletics and led the program during a crucial period in its development.

In his six years of service as AD, Floyd organized the fundraising effort that supported construction of Indian Stadium, now Centennial Bank Stadium, and directed the program's transition into NCAA Division I competition.

For 16 years until his retirement in 1991, he managed the Arkansas office of U.S. Senator Dale Bumpers in Little Rock.

Visitation will be Thursday, Sept. 29, 5-7 p.m., and a service will be Friday, Sept. 30, 2 p.m., both at Roller-Chenal Funeral Home in Little Rock.  A complete obituary is available online. 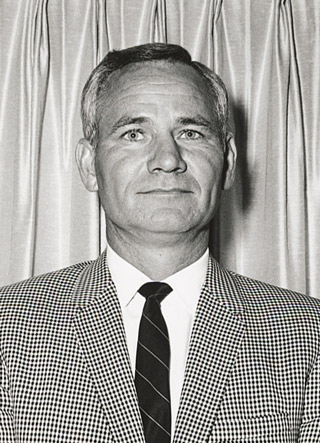