JONESBORO – Today, May 14, Barry Don Weyer Jr. would have celebrated his 21st birthday as he prepared for his senior year at Arkansas State University.

For Barry Don, the summers were shorter than for most students.  An equipment manager for the Red Wolves football team, he reported for work a few days before the players came in for summer camp.

"Barry gave his heart and soul to the ASU Red Wolves football team," said his parents, Mechelle and Barry Don Weyer Sr. of Brookland.  "He started working as an equipment manager while still in high school (at Greene County Tech) during his senior year, not knowing if he would even earn a position with the team."

Indeed he did earn the position and gave his tireless dedication to the Red Wolves before his untimely death in June of last year.

"He would do anything to help anybody," his parents said as they fondly recalled their son's interest in music, video games, his friends and his dog.  "Whether it was talking, listening, or working, he would help, regardless.  He wanted to see people succeed."

To perpetuate the memory of Barry Don Weyer Jr. and his dedication to Red Wolves football, his parents are establishing a scholarship endowment in his name at Arkansas State.  Numerous relatives and friends also have donated to the fund.

"A-State football was his passion," they recalled.  "We would be so proud for someone to get a scholarship to Arkansas State in his memory and his honor," his parents said.

Barry Don’s career goal was to become a college football coach, and he had declared a double major in the spring of his sophomore year in order to thoroughly prepare himself.

"Barry Don was a valued, respected and loved member of this football program.  I think this scholarship endowment is a tremendous way to honor and remember him, while also helping provide a great educational opportunity to a young person,” Anderson said. “We continue to try to honor him with how we act – what kind of teammates we are to each other, how we treat people in the community, and the kind of effort we give when we go about our business on and off the field."

Equipment managers in any Red Wolves sport will be eligible for the Weyer Scholarship.  Applicants, who must have a minimum 3.0 grade point average, will submit a statement on career plans and a letter of recommendation from the respective coach, with final selection made by a committee that includes the athletics director, the ASU Alumni Association director and members of the Weyer family. 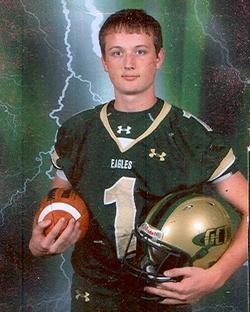