Seven academic scholars from the United States and Nova Scotia will come to Arkansas State to focus on Bob Dylan's life, history and artistry, according to Dr. Frances Hunter, associate professor of English and coordinator of the Dylan Day presentations. Delta Symposium sessions are in the Mockingbird Room of the Carl R. Reng Student Union (GPS: 101 North Caraway Road), and admission is free.

Called by some literary critics the greatest American poet of the second half of the 20th Century, Dylan has been the subject of more than 900 books, according to Dylan scholar Michael Gray. In his mid-70s, Dylan continues his "Never Ending Tour into the 21st Century" with his creative powers intact. In more than 50 years, Dylan has produced an immense body of work totaling 1,000 songs and more than 60 albums including the 2012 "Tempest" and this year's "Shadows in the Night."

The lower Mississippi Delta is Dylan's home away from home and the place he learned to play the Blues. Dylan himself was born in Duluth and grew up in Hibbing, Minnesota, near the Iron Range and the mouth of the Mississippi River. "The Mississippi River was my place in the universe, always felt like it was in my blood," Dylan says in his 2004 autobiography, "Chronicles."

Running alongside the river like a twin sister for 1,400 miles is U.S. Highway 61. It's no accident that Dylan's hit 1965 album, "Highway 61 Revisited," was listed at number four on Rolling Stones' greatest 500 albums of all time. "The past and present merge here," Dylan says in Chronicles.

Designated the Great River Road, Highway 61 runs from St. Paul to St. Louis where it becomes the Blues Highway. Crossing over into the Arkansas Delta north of Blytheville, it runs as a city street in Osceola, through Memphis into the Mississippi Delta and ends on Broad Street in New Orleans. Of Highway 61, Dylan says, "I always felt like I started on it, always had been on it and could go anywhere from it, even down into the deep Delta country."

Highways, rivers, and trains haunt Dylan's lyrics as vehicles for a journey motif and a rite of passage. Boarding in Memphis, a stone's throw from the Mississippi River and Highway 61, one can ride "The City of New Orleans" south to NOLA and north to Chicago. Seen as creative forces with mystical magnetism, the Mississippi and Arkansas Deltas attract artists and scholars to the region and this year to "Bob Dylan: An Anthology of Scholarship."

Four presenters are included for the Saturday morning session from 8:30—10:45 beginning with Professor David Gaines of Southwestern University in Georgetown, Texas.  Gaines will read an excerpt called "Dylan Days" from his forthcoming book, "My Life as a Teacher and Learner from Dylan's Life and Art," to be published by the University of Iowa Press.

From Fordham University and Brooklyn, New York, Dr. Nina Goss will explore dreamscapes from "Cross the Green Mountain" and "Tempest" to show how Dylan contrives history from past reality in "The Unknown World is So Near: Making history with Bob Dylan."  Goss is the editor of “Montague Street”, the only literary magazine in the country devoted exclusively to Dylan scholarship.

Law professor emeritus Michael  L. Perlin of New York Law School will present "Tangled Up in Law: The Jurisprudence of Bob Dylan" which deals with the theme of social justice in Dylan's lyrics.  Perlin is author of 23 books and 300 articles on mental disability law.

The morning session will wrap up with an article written by Professor J. A. Wainwright of Dalhouise University in Halifax, Nova Scotia. His article is titled "I Been Wishing I Was Somebody Else Instead: Audience and Self in 'Like a Rolling Stone,' "the song that introduces the album, "Highway 61 Revisited.” ’Like a Rolling Stone’ is considered by Billboard and Mojo Magazines as the greatest Dylan song ever written and the one that changed American pop music.

Dr. Frances Hunter, associate professor of English and creative writing at Arkansas State University, will give a presentation on “Dylan, the Delta and Creativity” which will focus primarily on “Blonde on Blonde” which contains songs such as “Stuck in Mobile with the Memphis Blues Again.”

She is the editor of "Professing Dylan," a collection of 14 essays by professors from the United States and Canada who teach Bob Dylan's work in college and university classrooms.  The book's Introduction was written by esteemed Dylan writer and critic Dr. Michael Gray and includes articles by six of the symposium's presenters. Hunter will use the book as her textbook for her Bob Dylan’s Poetry course offered at A-State this fall. 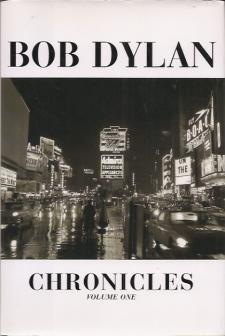 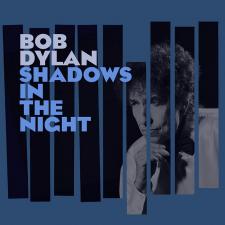 “Shadows in the Night”