JONESBORO, Ark. — Following an invitation to be one of the featured speakers, Dr. Rick Stripling, vice chancellor for Student Affairs at Arkansas State University, recently made a presentation at a Region IV meeting of the National Association of Student Personnel Administrators (NASPA) in Hot Springs. The meeting was a joint conference with the Arkansas College Personnel Association.

He is responsible for general oversight of the Office of Student Affairs, which includes 13 major departments and over 160 employees. He oversees an annual service budget of $162 million. Stripling also serves as associate professor of educational leadership and is program coordinator for the College Student Personnel Services online degree program.

He holds a doctorate in student personnel in higher education from Southern Illinois University at Carbondale.

Meyer served as the lead facilitator roundtable discussions and break out groups throughout the institute, while Sponsler’s presentation was “Facilitating Success: Student Affairs Processionals an the Student Success Agenda.”

NASPA, founded 95 years ago, has grown to become a diverse international organization with over 13,000 members in all 50 state, 25 countries and in eight United States territories. It is the leading student affairs association. 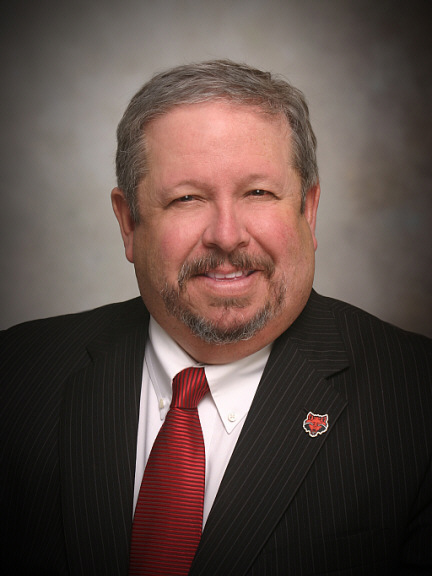