Domestic violence is the willful intimidation, physical assault, battery, sexual assault, and/or other abusive behavior perpetrated by an intimate partner against another, according to Dr. Philip Hestand, director of A-State's Counseling Center.  He says it is an epidemic affecting individuals in every community, regardless of age, economic status, race, religion, nationality or educational background.

"Violence against women is often accompanied by emotionally abusive and controlling behavior, and thus is part of a systematic pattern of dominance and control," he added.  "Domestic violence results in physical injury, psychological trauma, and sometimes death. Sexual assault or forced sex occurs in approximately 40-45 percent of battering relationships. The consequences of domestic violence can cross generations and last a lifetime."

Created in 1995 by the Arkansas Coalition Against Domestic Violence, the Silent Witness Project consists of life-sized plywood cutouts painted red and black. Each cutout represents a female victim murdered by an intimate partner during the most recent year.  Each victim bears a shield containing the victim’s story.

The Silent Witness will be displayed Monday through Thursday, Sept. 15-18, from 9 a.m. to 5 p.m. in the Natural State Lounge area of the Student Union. The public is encouraged to join the campus community in this educational awareness program.

Last year, 14 Arkansas women were murdered during an act of domestic violence.  Each victim will be personally memorialized during the vigil.  The public is encouraged to participate in this memorial and educational awareness program.

The Counseling Center will present "Telling Amy’s Story," a domestic violence documentary, hosted by actress and advocate Mariska Hargitay and narrated by Detective Deirdri Fishel, Thursday, Sept. 18, at 6:30 p.m. in the auditorium of the Reng Student Union.

"Telling Amy’s Story" follows the timeline of a domestic violence homicide. The victim’s parents and co-workers, law enforcement officers, and court personnel share their perspectives on what happened to Amy in the weeks, months, and years leading up to her death.

The public is invited to join the A-State community for these free events. 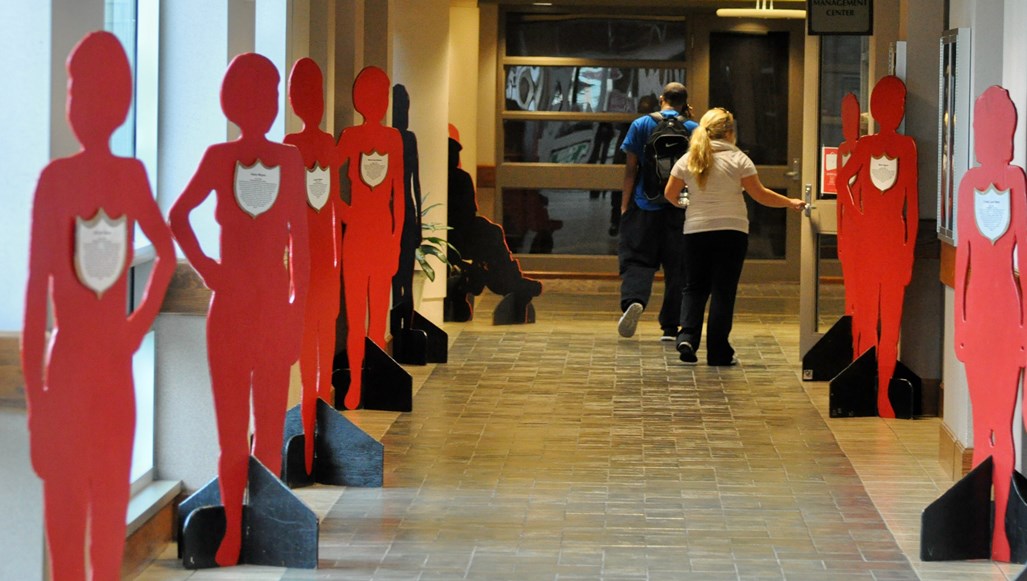